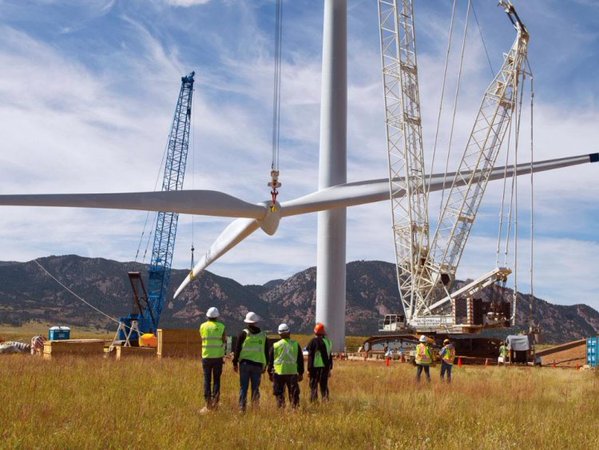 Aldwaych International engineers installing a wind turbine in a past project. Photo/COURTESY

Marsabit county is set to have its first wind turbines after a British company under the Lake Turkana Wind Power (LTWP) consortium delivered the first shipment early this month.

Aldwych International, an energy company active in Africa, received the shipment at the Mombasa port on March 3.

The firm established in 2004 then transported the turbine parts 1,200 kilometers to the wind farm site located at Sarima village, Loiyangalani Division of Marsabit County.

The turbines kick off the wind power project after its groundbreaking ceremony officiated by President Uhuru Kenyatta on July 2, 2015.

While laying the commemorative plaque for the project whose total cost is Sh70 billion, Uhuru called on more investors to exploit the opportunities the county has to offer for generation of clean energy.

The shipment was the first of many that will see the wind farm have 365 wind turbines erected which will inject 310 Megawatts to the national grid, 85 Megawatts of which is expected by December this year.

Once complete, electricity from the project will retail at Sh85 per kilowatt bringing down the cost of energy in the country significantly.

LTWP is one of the largest wind power projects in the world; the largest in Africa and is, to date, the largest private investment in the history of Kenya.