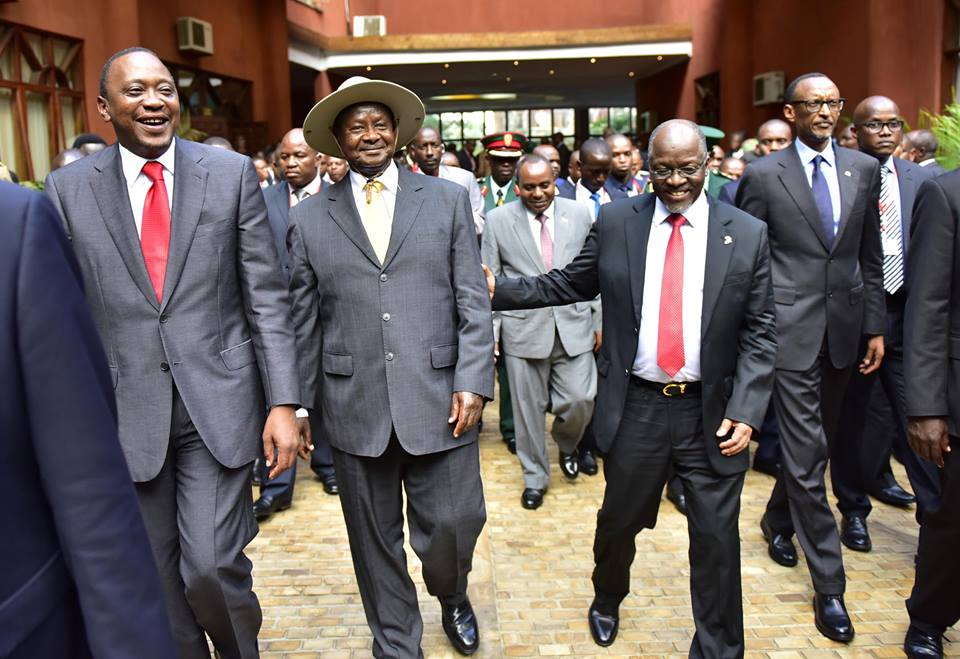 It’s clear President Uhuru Kenyatta doesn’t know about ‘the art of the deal’, President Magufuli played dirty to win pipeline deal with Uganda when Kenya was almost about to sign the deal with Museveni.

Details of how Tanzania managed win pipeline deal with Uganda came to light during the signing ceremony in Dar es Salaam over the past weekend.

Hoima – Tanga pipeline deal is a bitter pill for Kenyans to swallow because the Uganda oil pipeline deal was supposed to pass through Kenya.

President John Pombe Magufuli revealed that he blackmailed Yuweri Museveni to dump his pipeline deal with Kenya in favor of Tanzania.

Magufuli said that he called Museveni and reminded him it was Julius Nyerere (Tanzania’s founding president) who helped him rose to power and not Kenya. He said that he told the Ugandan president that Tanzanian blood was shed to get him to power and that he should repay Tanzanians with the pipeline deal.

He boasted of the construction of Tanzanian Standard Gauge Railway (SGR) which is far superior to Kenya’s. Magufuli said that their SGR will be powered by electricity and will carry more load than any other in the region. He also stated that their electric trains will travel faster (160km/hr) and that it will connect Burundi, Rwanda and Uganda in a matter of hours.

Well, Magufuli is clearly out to destroy Kenya as East Africa’s economic powerhouse, but can you really blame him? He’s doing everything to benefit his country. It’s time for Kenya to also play dirty for the benefit of our economy.

Watch Magufuli speak about how he won pipeline deal with Uganda in the video below:

Video: How President Magufuli blackmailed Museveni to drop pipeline deal with Kenya Reviewed by samrack on May 23, 2017 .