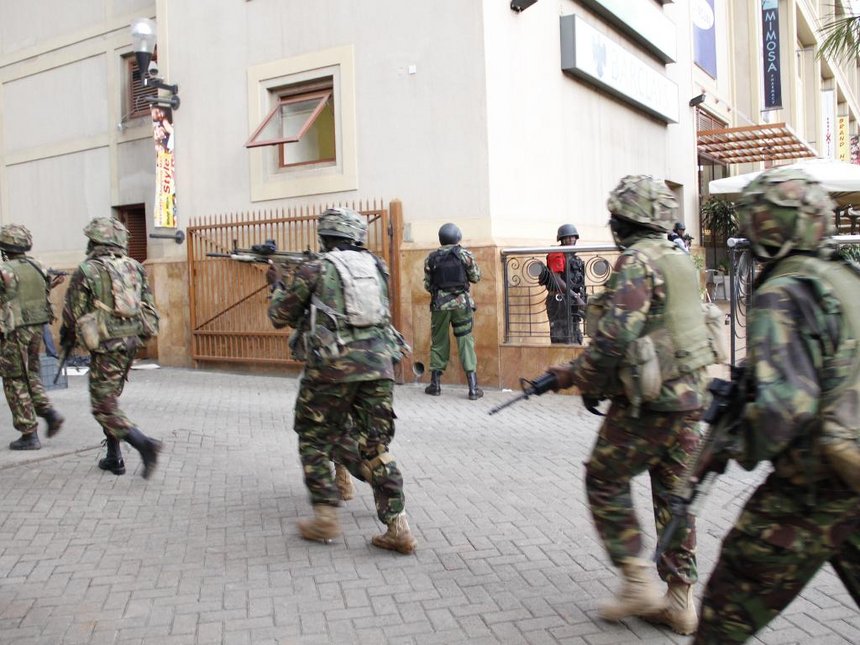 “Jama and Dhirane were recorded as they laughed as the carnage at the Westgate Mall in Nairobi was still taking place.” /FILE

The United States has sentenced two women for providing financial assistance to al Shabaab militants in Somalia and Kenya.

Muna Jama and Hunda Dhirane were sentenced to 12 and 11 years respectively on Friday.

Jama, 36, hails from Reston, Virginia, while Dhirane is from Kent, Washington.

They were found guilty of conspiracy to provide support to a foreign terrorist organisation after a bench trial before US District Judge Anthony Trenga on October 25, 2016.

Court documents said the two, originally from Somalia, sent money to financiers of al Shabaab in Somalia and Kenya.

The US Department of Justice said they referred the countries as the “Hargeisa side” and the “Nairobi side noting that they also organised a “Group of Fifteen,”.

These included women from Somalia, Kenya, Egypt, the Netherlands, Sweden, the United Kingdom, and Canada, as well as Minneapolis, Minnesota.

“The “Group of Fifteen” met regularly in a private chatroom that Jama established to organise and track monthly payment of money to the “Hargeisa side.” it read.

“It was used to finance al Shabaab military operations in the Golis Mountains in northern Somalia, and the “Nairobi side,” which was used to fund two al Shabaab safe houses.”

The department said one of the safe houses was used by al Shabaab to store weapons and to prepare for attacks.

The other was used to treat al Shabaab fighters who had been wounded in battle.

“A substantial part of the government’s case consisted of recorded telephone calls and other communications among the “Group of Fifteen.” it read.

Court papers said the recordings demonstrated that the women had close connections with al Shabaab leadership and were privy to non-public, inside information concerning al-Shabaab activities.

Jama and Dhirane were recorded as they laughed as the carnage at the Westgate Mall in Nairobi was still taking place.

Al Shabaab militants, who numbered between 10 and 15, killed at least 69 people and left many others injured in a four-day siege at Westgate.

Westgate, once a totem of Kenya’s growing prosperity, became symbolic of growing insecurity in Kenya. The mall was renovated and reopened for business.

Dhirane and co-conspirator were also recorded as they laughed at the Boston Marathon Bombing before it became known who committed the attack.

US jails two women for funding al Shabaab Reviewed by samrack on April 1, 2017 .

Share thisFacebookTwitterPinterestEmailWhatsApp“Jama and Dhirane were recorded as they laughed as the carnage at the Westgate Mall in Nairobi was still taking place.” /FILE US jails two women for funding al Shabaab The United States has sentenced two women for providing financial assistance to al Shabaab militants in Somalia and Kenya. Muna Jama and Hunda Dhirane