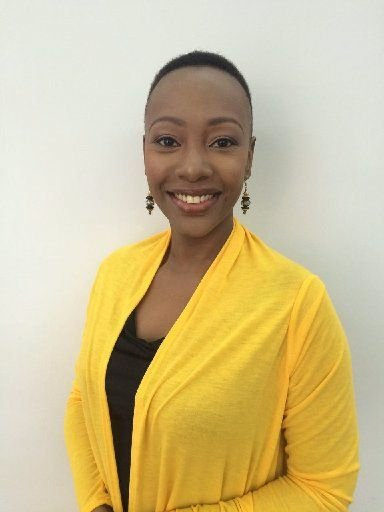 Janet Kanini Ikua with her husband George Ikua on November 8,2015 during the One Nation concert to fundraise money towards her medication. PHOTO | EVANS HABIL

The 38 year-old cancer survivor died on Saturday morning after battling cancer for more than two years.

“Kanini was a humble person and she will be dearly missed,” he said.

Benda Kithaka, the Chairperson of the Women for Cancer Early Detection and Treatment – and a close friend to the Ikuas eulogized Janet as a “valiant warrior”.

In a lengthy eulogy post,  her former colleague at NTV Winnie Mukami, she wrote: “My friend Janet Kanini-Ikua breathed her last this morning. She was brave & inspiring. We’re all privileged to have known her. Sleep well.”

“Janet Kanini Ikua was a wonderful person always bubbly, effervescent and optimistic even to her dying day. I first met Janet on her travel show on TV. Anyone watching her would ask how can anyone be so energetic and be able to sustain such a broad smile for hours.”

Machakos Governor Alfred Mutua wrote; “I am deeply saddened and shocked by the passing of my friend Janet Kanini Ikua. We worked together on several occasions. What a brilliant mind we have lost. She was brave and fought cancer with all her might. She remains a hero in our minds. This beast called cancer must fall. Rest well Janet.”

NTV anchor Larry Madowo eulogised Kanini, “My friend Janet Kanini-Ikua breathed her last this morning. She was brave & inspiring. We’re all privileged to have known her. Sleep well.”

In January 2016, Ms Kanini announced she had recovered from lung cancer and had completed her last chemotherapy session. She was to head to India for a “confirmation of what she already knows, that she is healed.”

Share thisFacebookTwitterPinterestEmailWhatsAppJanet Kanini Ikua with her husband George Ikua on November 8,2015 during the One Nation concert to fundraise money towards her medication. PHOTO | EVANS HABIL HEARTWARMING MESSAGES AS KENYANS EULOGISE CANCER WARRIOR JANET KANINI Kenyans reacted to the death of former NTV  host Janet Kanini with an outpour of condolence messages to her family