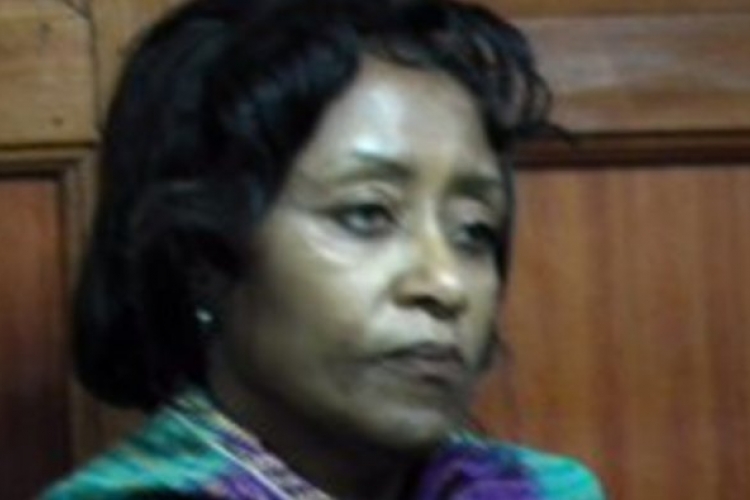 A Kenyan High Court on Tuesday sentenced to death a Kenyan businesswoman based in the United States after she was found guilty of shooting and killing her husband three years ago.

Sheila Wanjiku will face the hangsman after she was found culpable of murdering Leonard Kibinge on April 15, 2014 at Gitaru village, Kikuyu constituency.

While delivering the sentence Justice Jessie Lessit said she found her guilty of committing the offence.

Wanjiku was convicted on circumstantial evidence because there was no direct evidence connecting her to the murder since the weapon used to commit the murder was never recovered.

The court said Wanjiku’s innocence was not sufficiently proven hence handing her the prison term.

Wanjiku, while testifying in the court, denied committing the crime and alleged that together with her husband they were kidnapped and her husband killed in the process.

Justice Lessit said the only punishment allowed under the law for the offense of murder is death after Wanjiku pleaded for a non-custodial sentence arguing she was remorseful as the incident had left her better half dead.

Judge Lessit questioned why Wanjiku bypassed Kikuyu Police Station, which is metres away from the purported crime scene and opted to report the ‘kidnapping’ at Central Police Station in Nairobi.

In her testimony, she claimed that she came to Kenya to process a visa for her husband so that they could relocate to the US.