US Ambassador is in Kenya to stay – Trump tells NASA 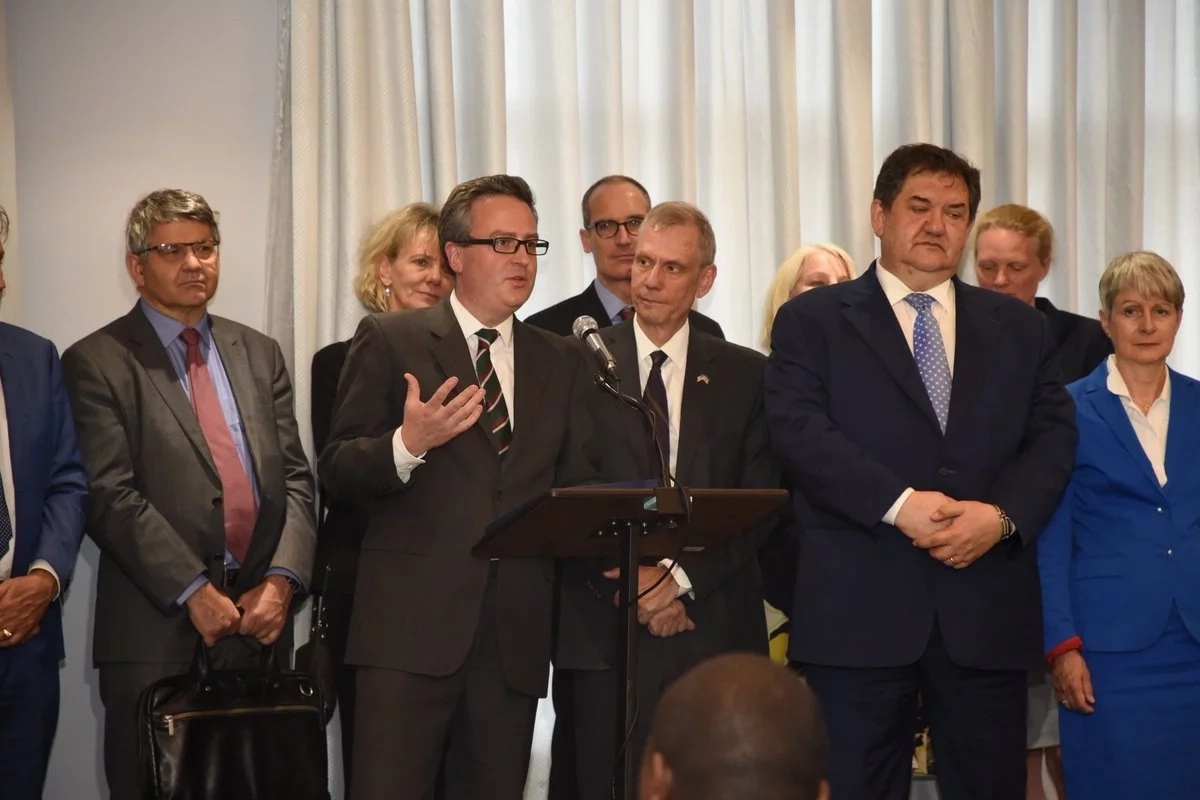 US Ambassador is in Kenya to stay – Trump tells NASA. Photo: Courtesy

US Ambassador is in Kenya to stay – Trump tells NASA

The United States government has declared that its ambassador to Kenya Robert Godec has their full confidence and support – The backing of the ambassador comes after opposition leaders called for Godec to be recalled – The leaders accused the envoy of being biased against NASA leader Raila Odinga The US government has thrown cold water on opposition outfit NASA’s attempt to have ambassador Robert Godec removed from his position. State Department on Thursday, February 8 declared that Robert Godec had their full confidence and support, despite heavy criticism from a section of NASA leaders.

Godec has been vocal against a number of opposition’s moves , including the outlawed inauguration ceremony held on January 30. During a January 4 meeting with Senate Speaker Ken Lusaka and Leader of Majority Kipchumba Murkomen, Godec said that what was key was that NASA and the Jubilee government embrace national dialogue instead. Godec has also not spared the Jubilee government’s blemishes as he has also been critical of the recent move to switch off jey TV stations in the country for upto a week.

US Ambassador is in Kenya to stay – Trump tells NASA Reviewed by samrack on February 8, 2018 .