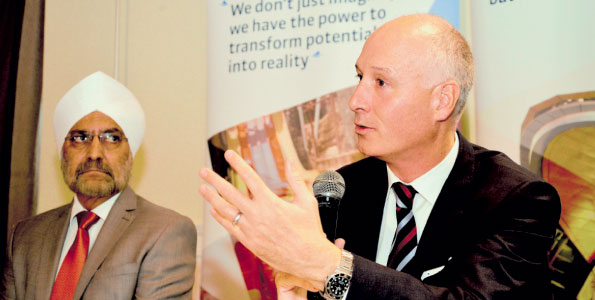 A British engineering firm that designed the iconic Burj Al Arab hotel in Dubai has acquired a Kenyan company, making Nairobi its African headquarters for property, energy and infrastructure deals.

The London-based Atkins Thursday said it will build on the strong regional market presence of Howard Humphreys East Africa, an engineering services company, to grow its consultancy business lines including design, engineering and project management.

The entry of the London-Stock-Exchange listed company strengthens Nairobi’s profile as an investment hotbed that hosts regional offices for multinational giants like Honeywell, IBM, Google and Samsung.

“Nairobi is well connected and offers us a huge opportunity to scale up our business on the continent,” said Atkins chief executive for Middle East and Africa Simon Moon during the signing ceremony in Nairobi on Thursday.

He declined to disclose the value of the deal.

Howard’s managing director Kanwal Syan said the local company has a turnover of Sh1.2 billion ($12.5 million), meaning the buyout could be worth billions of shillings.

Founded in 1931, the local firm also has a footprint in Tanzania.

Atkins seems to have smelled big money in the on-going and planned big-ticket public infrastructure projects as regional countries race to upgrade their energy, roads, and airport infrastructure.

Multinationals foraying into the domestic market have in recent years opted for acquisitions or joint venture agreements with local firms since it spares them regulatory, market research and logistics hassles.