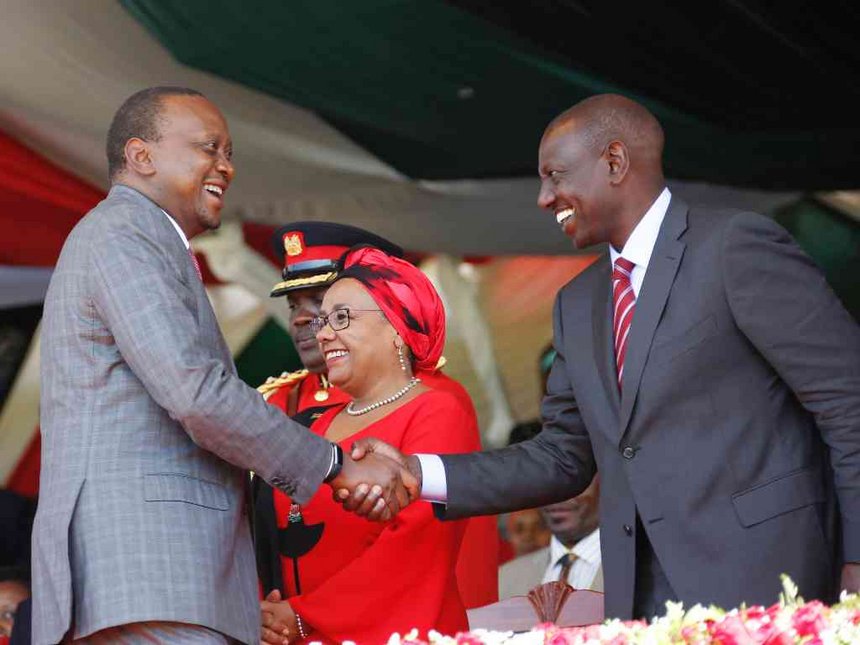 PRESIDENT Uhuru Kenyatta’s Jubilee Party is establishing a multiplex vote tallying system in a radical U-turn on its hard stance against parallel counting of the Presidential results.

Jubilee is already putting up the elaborate system that will see the ruling party collect, verify, tally and relay the Presidential results.

Uhuru’s reelection machine has been divided into six core units that will each play a role in seeking votes and popularising the President.

The units comprise Technical/Resources; Strategy and Theme Advisers; Political; Professionals; Communication and Messaging; and the Women’s and Youth grassroots caucuses.

A small team of Uhuru’s key strategists met over the weekend at the Great Rift Lodge in Naivasha to fine-tune the election results management framework, meant to counter NASA’s own plan.

Establishing its own Presidential results tallying centre is the latest signal that Uhuru is not sitting pretty as he battles to parry the onslaught of a united Opposition determined to make him the country’s first one-term head of state.

In a first-ever political assignment, President Uhuru Kenyatta’s firstborn son Jomo Kenyatta was in attendance during the Jubilee strategy meeting as was his uncle Muhoho Kenyatta.

“They are also discussing how to mobilise supporters to ensure a high turnout, especially among the youthful voters,” a source familiar with the behind- the-scenes intrigues told the Star.

Chirchir, who was hounded out of the Cabinet amid corruption claims, is said to be in charge of the Jubilee electoral information and communication technology infrastructure alongside Winnie Guchu.

The two, who have previously worked in the now-defunct Interim Independent Electoral Commission, are in charge of electoral processes, including vote tallying.

Guchu recently resigned from the Judicial Service Commission to take over as the executive director of the Jubilee Secretariat.

Jubilee honchos including DP Ruto had rebuked NASA’s parrallel tallying plans, terming them unconstitutional and a recipe for post-election violence.

“It is now obvious the Opposition has no formula for winning because they have no agenda, no candidate. They want to have a shortcut to win by planning to establish a parallel tallying centre to announce results for themselves as winners,” Ruto chided them in April, before Raila was unveiled as the torchbearer.

The IEBC chiefs then summoned the NASA top brass and gave them as well as the media the greenlight to tally votes on one condition: The results of the tally are only for internal use.

“Parties recognise it is the mandate of the IEBC to announce and declare the results of an election. However, political parties and media may monitor, tally and verify the results for their own internal use,” Chebukati told a joint press briefing with the Opposition on April 7.

Yesterday, Murathe defended Uhuru’s grand scheme to establish tallying centres, saying, “everyone has a right to ensure votes are not rigged, but not allowed to announce wrong results and declare himself President”.

Murathe went on: “Everyone, from an MCA up to the President, is allowed to have agents in polling centres to relay the results to a call centre,” said Murathe.

He however said announcement of the Presidential vote results by anyone else except the IEBC chairman amounts to treason.

“Uhuru sio kama Kibaki, atawafunga wakicheza na yeye (Uhuru is not like Kibaki, he will jail them if they joke around with him),” Murathe fired a warning salvo at the resurgent joint Opposition alliance.

NASA has been trying to implement a vote protection strategy involving polling agents armed with cameras deployed to all the 41,000 polling stations countrywide on August 8.

The vote protection game plan, credited for the recent opposition victory in Ghana, involves NASA relaying results direct from all polling stations to its tallying centre in Nairobi.

Agents will be in constant communication with the central command team at the secretariat, according to the game plan by Raila and his think tanks.

Some agents will take videos and photos of electoral materials, including Forms 34 and 36, which would be irrefutable evidence in case of a challenge to the outcome of the Presidential vote.

Jubilee, on the other hand, has contracted the services of an influential global data-mining company and international PR firms.

The data-mining firm, Cambridge Analytica, is credited with helping candidate Donald Trump to win the American presidential election last November and with helping the Leave side to win in the Brexit referendum in the UK last June.

It has been described as a “psychological warfare firm”.

President Uhuru has reaffirmed his administration’s commitment to ensuring that the August 8 General Election is held peacefully and is violence-free.

Speaking at Kingdom Seekers’ Church in Nakuru yesterday, Uhuru urged all candidates eying various elective positions to preach peace and shun igniting post-election violence akin to the crisis that erupted in 2007/2008 and plunged the country into turmoil.

Uhuru said that the Jubilee administration is steadfast and has been laying strategies to ensure that the forthcoming polls are held peacefully.

“Mine is to assure you today, as President, that, as we continue praying for a peaceful election, we will do everything possible in our powers to ensure that peace prevails in this country. Never again will Kenyans shed blood and destroy property for the sake of politics,” Uhuru declared.

The head of state, who concluded his tour of Nakuru and Nyandarua counties yesterday, called on Kenyans to continue praying for peaceful campaigns and a smooth election.

“We will not allow a repeat of what happened in 2007/2008. We should continue praying so that God gives us continued peace and unity before, during and after the election. Elections will come and go, but Kenya will still remain,” said Uhuru, who was accompanied by his deputy Ruto and other top Jubilee leaders.

He continued: “The destiny of this nation does not lie in the hands of any individual, but in our collective responsibility of appreciating one another. Our diversity as a nation is not a challenge but a gift from God”.

Uhuru anchored his three-day campaign trail on gathering support for his reelection bid and wooing voters to give his administration another term so as to accomplish ongoing development projects.