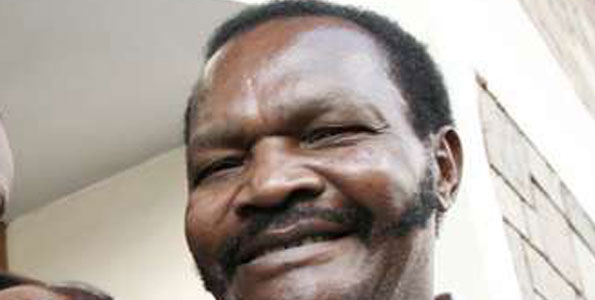 President Uhuru Kenyatta’s kin have sought Parliament’s intervention in their push to regain control of a Sh700 million coffee estate allegedly sold by Kenya Commercial Bank (KCB) without their consent.

Mr Ngengi Muigai and Captain Kung’u Muigai, both cousins of Mr Kenyatta, told the House Finance, Planning and Trade committee that KCB sold the 443-acre Muiri Coffee Estate Limited in 2007 at a cost of Sh70 million.

The transaction was allegedly made in a bid to recover a Sh9.4 million debt that Muiri Estate had guaranteed another company which borrowed the money through a charge of two prime properties located in Nyandarua.

The duo has accused KCB of selling the 443-acre Muiri Coffee Estate, which Benjoh Amalgamated, owned by Captain (Rtd) Kung’u had allegedly used as the second guarantor to secure a loan in 1989.

Benjoh Amalgamated used parcels LR 12411/1 and 12411/2 Nyandarua as securities for the land. KCB required a secondary guarantee of Sh11.5 million to advance Benjoh Amalgamated the loan and the security for land where Muiri Coffee Estate Limited was used as the second collateral.

Captain Kung’u said KCB proceeded to dispose of the land after Benjoh Amalgamated filed a suit against the bank which had placed an advertisement to sell the property.

“KCB went ahead to sell Muiri Coffee Estate land after Benjoh disputed the loan that had reached Sh44 million. The land, valued at Sh693 million in 2008, was sold for Sh70 million on September 19, 2007,” Mr Kung’u said.

Mr Ngengi, a director of Muiri Coffee Estate Limited, asked the Benjamin Lang’at-led committee to establish why KCB sold the land without the consent of the owners and before realising the securities offered by Benjoh.

“We thought the Sh70 million should have covered the loan. As we sit here today, we have not received any statements of loan accounts from the KCB and we fear they might come for more land or go after Benjoh Amalgamated properties,” Mr Ngengi said.

He said the land was undervalued given that the coffee bushes stand on 200 acres of the 443 acre parcel. Mr Ngengi told MPs that Muiri Coffee Estate has no case in court against KCB but Benjoh Amalgamated has a case in the appeal court.

Mr Kung’u wondered why KCB abandoned Benjoh for Muiri Limited after the court ordered it to produce statements for the loans.

“The bank has no single record relating to this matter. In 1994, the late James Muigai on behalf of the guarantor (Muiri Coffee Estate) paid Sh6 million to KCB towards offsetting the loan, leaving an outstanding balance of Sh3.4 million. The loan mysteriously jumped to Sh44 million,” he told the committee that is hearing a petition that was filed by Gatanga MP Humprey Njoroge on behalf of the Kenyatta kin.

Captain Kung’u said Benjoh moved to court in 2002 demanding that the bank produces statements of accounts after it put Benjoh properties on public auction.