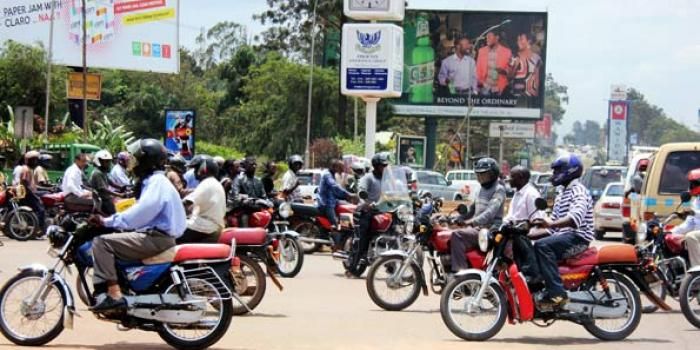 On Friday, October 23, President Uhuru Kenyatta mentioned something in passing that may have slipped by most. The boda boda industry in Kenya rakes in Ksh980 million every day.

The president was speaking to some of the leaders of the industry at Pumwani Social Hall.

“With an average daily earning of 700 shillings a day, the sector’s annual earnings are estimated at 357 billion shillings. Every single day, boda boda operators collect 980 million shillings,” he stated.

Interestingly, his meeting came just a few weeks after his Deputy William Ruto hosted the same boda boda riders at his Karen residence.

Over the last decade, the industry has grown in leaps and bounds. One of the guests at DP Ruto’s house actually confessed to having set up residential apartments as well as a bar and a restaurant using earnings from his boda boda business.

The riders have meshed into so many aspects of our everyday lives, whether it is ferrying people to their places of work, hospital, school, market or goods and parcels to various destinations.

According to the Motorcycle Assemblers Association of Kenya (MAAK), by June 2019, there were about 600,000 commercial motorcyclesoperating in Kenya.

The industry is one of the biggest drivers of the economy. Each commercial motorcycle supports eight people including the rider’s family and the numerous support service providers like mechanics, tyre suppliers, spare parts dealers and fabricators, implying about 4.8 million Kenyans are dependent on the industry.

The motorcycle is a convenient and efficient way to travel, especially in towns where traffic jams are commonplace.

On the other hand, there are worrying concerns that the sub-sector is becoming associated with crime, traffic accidents and impunity, with grave implications for public safety.

This situation has largely been attributed to the boda boda sector operating with minimal regulation and control. Complaints of boda boda operators and criminals on motorcycles attacking people are common occurrences across Kenya and, boda bodas are gradually turning into the new face of crime.

Last November, the government appointed a task force on motorcycle transport reforms to create regulations and guidelines to streamline the boda-boda sector.

Share thisFacebookTwitterPinterestEmailWhatsAppUhuru and Ruto’s Boda Boda Heroes Making Ksh980M a Day On Friday, October 23, President Uhuru Kenyatta mentioned something in passing that may have slipped by most. The boda boda industry in Kenya rakes in Ksh980 million every day. The president was speaking to some of the leaders of the industry at Pumwani Social