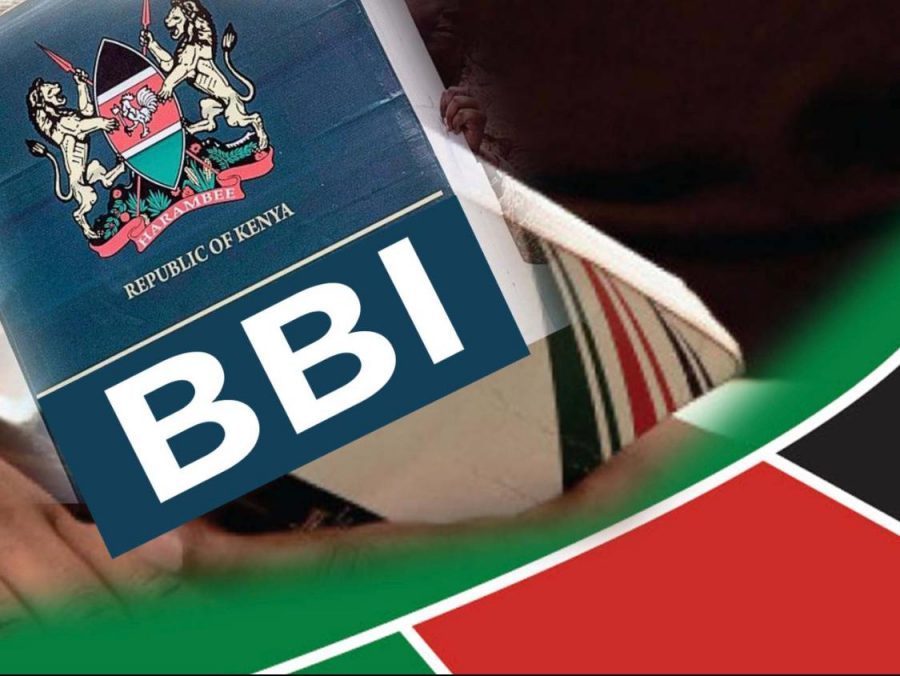 The much-awaited building bridges initiative (BBI) is finally out. Kenyans who have read the report and fully dissected the good and the bad in the document are slowly opening up and pointing out the pros and cons of the document.

The Senator Yusuf Haji led team should be commended for putting the document which has set the stage for an intensive debate from Kenyans about how they want their country to run.

The BBI captures many positive aspects which, if implemented will positively impact development in the country. One notable aspect is the decentralization of development funds. The kitty proposed for Members of County Assemblies (MCAs) is laudable.

Through the MCAs kitty, MPs CDF kitty, and the County kitty through the governor; this is likely to boost development at the grassroots in addition to other development initiatives by the national government.

Giving graduates a 7-year grace period to repay their student loans through University Education Loans board (HELB) is a brilliant move. However, to make it more meaningful, the government should be ready to put up mechanisms that will create jobs for the graduates since giving them a payment break merely postponing a problem.

IT’S PERPLEXING THAT SENATOR YUSUF HAJI’S TEAM COULD NOT PICK EVEN A SINGLE RECOMMENDATION SUBMITTED BY THE DIASPORA AFTER THE TEAM’S MANDATE WAS EXTENDED IN DECEMBER 2019. THIS DISPLEASURE DOESN’T MEAN THE DIASPORA WILL REJECT OR CAMPAIGN AGAINST THE DOCUMENT.

Giving graduates a 7-year grace period to repay their student loans through University Education Loans board (HELB) is a brilliant move. However, to make it more meaningful, the government should be ready to put up mechanisms that will create jobs for the graduates since giving them a payment break merely postponing a problem.

Therefore, Kenyans living in Europe, North America, Asia, and Africa are appealing to President Uhuru Kenyatta and former Prime Minister Raila Odinga to urgently address their concerns as a reflection that they care about inclusivity and democratic participation of all Kenyans irrespective of where they reside.

There is still room to reconsider factoring some of the proposals presented by the Kenyan diaspora. President Kenyatta is a product of the diaspora and should be the last person to stifle diaspora aspirations in regard to good governance.

On the other hand, Orange Democratic Movement (ODM) Party Leader Raila Odinga, who continues to enjoy the highest percentage of diaspora support, should be at the frontline to defend their aspirations.

“Our voices must be heard; our challenges and aspirations must be captured in the process of governance of our country. This is the surest way to feel a sense of belonging as Kenyans.” Said Samuel Ondicho of Minnesota.

Ms Mary Jacinta, a Kenya living in Germany expressed outrage after realizing that no single recommendation from the diaspora was included in the final report even after submitting the proposals in time.

“We matter as Kenyans; relegating us to the periphery when we contribute massively to the country’s economy is a travesty to democracy, inclusivity, and fair play. We are Kenya’s frontline ambassadors and our ideas cannot be trashed as if we don’t exist.” Said Lister Nyaringo who is also the President of the Kenya Patriotic Movement, a diaspora lobby based in The US.

The Kenyan diaspora cherishes good governance, freedom, justice, and fairness. In this spirit, they feel sugar-coated by politicians who only reach out to them during elections for strategic support.

Inclusivity in a country means that all segments of the population must be heard and directly involved in their country’s affairs.

How do you ignore a section of the population who are the fourth highest contributor of the funds that run the country? According to statistics from the Central Bank of Kenya, the Diaspora sent home through inter-bank transfers $209 million (Ksh20.94 billion) and $245 million (Ksh24.55 billion) in January 2018 and January 2019 respectively.

These figures could be higher if remittances through MoneyGram, Wave, and other online platforms were factored in the estimates.

Kenyans will always remain Kenyans before and after settling abroad. Ignoring their voice in the just-released BBI report is demeaning their intelligence and know-how.

The Kenya Patriotic Movement and other affiliated groups which represent the diaspora interests proposed the creation of a Diaspora Constituency to address issues faced by Kenyans living abroad in our legislature. Is this asking for too much when other interest groups continue to be listened to?

The diaspora also proposed that a Ministry of Diaspora Affairs are created and headed by one of them, similar to that of Israel and India. Both India and Israel have a well-established and organized diaspora that significantly contributes to the development of their nations. In fact, medical tourism in India is a product of the country’s Diaspora.

In order to fully avail themselves in the service of their motherland, the diaspora proposed the removal of the Clause in 2010 Constitution that bars holders of dual citizenship from holding and running for public office in the level of State officer. The clause is archaic, discriminatory, and a violation of one’s birthright.

The diaspora also raised concerns about over-representation given the shrinking financial resources caused by over-borrowing by the current government. The general perspective of Kenyans living abroad is that Kenya has a bloated legislature.

What is the logic in a nation of about 50 million people having 425 elected representatives in the two legislative chambers?

If the current BBI document is implemented, it will further strain taxpayers who will pay for the increased number of Senators and MPs. The Diaspora also suggested the fusing of small constituencies and counties to cut costs.

Kenyans will be strained in funding the expanded executive-the President, vice president, Prime Minister and two deputies plus a fully funded office of the leader of the opposition.

Diaspora voting rights despite vividly captured in Section 38 (3) (a) of the constitution, continues to be a mirage despite assurances in every election cycle. The same is not addressed in the BBI.

The say, when the deal is too good, think twice. Kenya has faced great challenges related to historical injustices. This is perhaps the reason for disharmony amongst the Kenyan communities especially during and after a general election.

Key commissions like the famous Truth, Justice and Reconciliation Commission (TJRC), The Ndungu Land Report (NLR) continue to gather dust, yet the BBI report failed to capture any of this.

Leaving the issue of land in the new BBI report is postponing the challenges Kenyans have experienced for many years. Piecemeal interventions through changing the books without looking at the core reasons for our present predicaments won’t heal Kenya.

The diaspora suggested the establishment of a Justice fund to offer reparations to victims and families who have suffered electoral injustices since 1992. The same could have enabled these victims to put to closure their agony.

It’s imperative that the diaspora issues are reconsidered as the country enters into a rigorous debate about the BBI. It’s not too late. If it fails, the diaspora will conclude that the government has completely ignored the critical role they play in nation-building.

Share thisFacebookTwitterPinterestEmailWhatsAppKenyan Diaspora Baffled by BBI Taskforce For Ignored Recommendations There is still room to reconsider factoring some of the proposals presented by the Kenyan diaspora The much-awaited building bridges initiative (BBI) is finally out. Kenyans who have read the report and fully dissected the good and the bad in the document are slowly opening up and