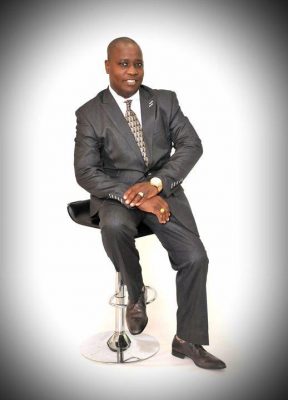 It is with great sadness we announce the promotion to glory of Bishop Martin Kathurima Muchena of Christ Worship Center International in Gaithersburg, Maryland USA

Bishop Kathurima went to be with the Lord on Friday, January 8th 2021 at Suburban Hospital in Bethesda, Maryland.

Funeral and Memorial service will be on January 30th in Maryland.

The fundraiser has started.
Kindly send your donations through any of the following options:

Thanks and God bless you abundantly.

Marriage, Children, Grandchildren
Bishop Martin Kathurima married to Jane Kanyua Kathurima in 1991 in Nairobi, Kenya. They were blessed with three children, Brenda Kendi Kathurima-Tanoh, Patricia Karimi Kathurima and Micah Kimathi Kathurima and two grandchildren, Makena Ayela Kathurima-Tanoh and Elijah Kathurima Bloomfield.
Education
Bishop Martin Kathurima began his early education at Muratha Nkari Primary School in 1969. He later transferred to Mitoone Primary School in Kirrua when the family migrated to from Muratha Nkari to Kirrua location. He sat his CPE examination in 1977 and passed so well and got admission to Chuka High School (Tharaka Nithi County) but he was not able to attend. As an alternative, he sought vocational training in Nairobi which enabled him to become a commercial driver. He continued to study through correspondence and received his Kenya Secondary Certificate Education credentials. Upon migrating to the United States, he attained a Bachelors of Christian Ministry at the Chesapeake Bible College and Seminary in Eastern Shore, Maryland, United States. Prior to his demise, he was close to completing his Masters in Theological Studies at the Chesapeake Bible College and Seminary. Bishop Martin Kathurima was set to graduate with his Masters in May 2021.
Employment
He began his employment career with an auctioneer firm in Nairobi as a court bailiff in 1982. He was very aggressive and worn the heart of his employer who promoted him into a manager. He later left to be a private chauffer for the Managing Director of Tysons Habenga, real estate consultants. In 1994, he left for the industrial area for various factories until he got a job at Kenyatta National Hospital in 1985 as an administrator. He left the hospital for KPCU (the coffee giant) where he worked as a supervisor for coffee grading until 1993. He resigned to work as an expatriate in Saudi Arabia. After his assignment, in 1995, he joined the European Union as an administrative assistant to the Director until 1997. In 1998, he was appointed as an expatriate to Israel. While in Israel, the Lord called him into ministry and left formal employment. He returned back to Kenya to serve under Bishop John Obonyo at the former Church of the Redeemer.
Church Ministry
Bishop Martin Kathurima gave his life to the Lord in 1994. He immediately started aggressive evangelism outreach in his local neighborhood and his place of work. In 1998, he went into full-time ministry under Bishop John Obonyo. The call and anointing of God was greatly upon Bishop Martin Kathurima leading him to emigrate to the United States of America to spread the gospel as a missionary in October 2001. He landed in Atlanta, Georgia with his wife and two daughters, and soon after launched Miracle Worship Center in Kennesaw, GA together with two other pastors. In 2003, the Lord called on him again, to relocated to the Washington, D.C area- the capital of the United States- to continue the work of the ministry. In D.C., he served under Bishop Paul Mulani of Disciples Fellowship International in Gaithersburg, MD until the Lord directed him to launch his own ministry. Bishop Martin Kathurima launched Christ Worship Center International in Washington, D.C. in 2004.
As the leader of Christ Worship Center International, Bishop Martin Kathurima became well-known as a prominent man of faith. He taught the Rehema word of God without compromise or fear. The Lord greatly used Bishop Martin Kathurima to stand in the gap and pray for the healing of various sicknesses and ailments. Notably, Bishop Martin Kathurima’s prayers have healed AIDs, cancer and brought those pronounced dead back to life. He greatly loved and supported his congregation and others in the community without any boundaries and irrespective of race, creed, religion and origin.
The Man
Bishop Martin Kathurima was a trained pilot and flew several hundred hours in the American skies. Upon getting his license, he was looking forward to purchase his own private aircraft for the use of the work of the ministry. His mission was to spread the gospel to every continent.
Bishop Martin Kathurima was also a passionate automative car enthusiast. He purchased and revived several vintage classics. He also was a licensed automotive dealer in the State of Maryland.
Home-going
Bishop Martin Kathurima bravely endured a lengthy battle with Type 2 Diabetes. He was promoted to glory at Suburban Hospital in Bethesda, Maryland on the dawn of January 8, 2021. The Lord taketh and the Lord giveth; Blessed be His Holy Name.
May his soul rest in eternal peace. Amen!