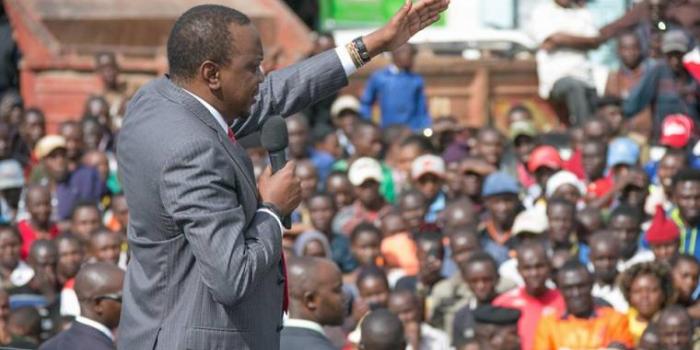 President Uhuru Kenyatta has gained considerable support in areas which have previously been CORD strongholds.

In the Coastal region, 66 percent of those sampled expressed confidence in the Head of State with Western region showing 52 percent approval rate of the President.

The Eastern part of the country which the Opposition has enjoyed massive support since last elections shockingly posted 68 percent approval rate of Kenyatta.

The North Eastern region, according to the study, has also thrown its weight on the President recording a 58 percent support.

On the other hand, the country’s level of confidence in the President’s leadership has also risen as 68 percent of respondents indicated they were comfortable with Mr Kenyatta.

In the study, the Jubilee government received commendations for excelling in infrastructure development, education, economy, and fight against corruption.

Since the beginning of the year, President Kenyatta and his Deputy William Ruto have intensified visits to CORD strongholds.

Kenyatta has since toured Counties in the Coastal, Western, Nyanza and Eastern regions launching various development projects with some leaders from these areas expressing willingness to work with the government.