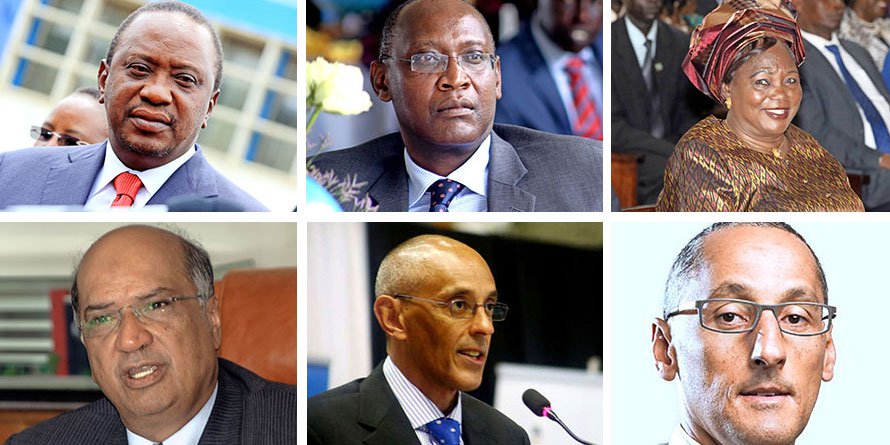 The merged CBA and NIC bank will count among its top owners some of Kenya’s most renowned billionaire investors and political figures, shareholder information on the two lenders has revealed.

Records from the Registrar of Companies have revealed the underlying ownership of the privately-held CBA bank, whose investors will control a combined 53 percent stake in the merged outfit that is set to start trading on the Nairobi Securities Exchange later this year with a market capitalisation of more than Sh65 billion.

The Phillip Ndegwa family, which founded NIC Bank, will own an equivalent of Sh8.6 billion in the combined entity while billionaire businessman Naushad Merali will hold a stake worth about Sh1.9 billion.

The Kenyattas will control about 13.2 percent of the bank, a level of ownership that nearly matches the 13.25 percent equity that the Ndegwa family will also take in the merged entity.

Besides the high-profile billionaires, CBA has other investors whose identity is cloaked in trusts and nominee accounts. Livingstone Registrars, for instance, has a 24.65 percent interest in the private bank that will in turn entitle it to a 13 percent equity worth Sh8.4 billion in the merged entity.

Officials of Livingstone Registrars said they are holding the shares on behalf of local investors whose identity they declined to disclose.

Ropat Nominees and Ropat Trust Company also have a combined 27.88 percent interest in CBA that will translate into a 14.7 percent stake worth Sh9.6 billion in the merged entity.

Ropat’s directors are listed as Mr Robert Kimani Ndung’u and Mr Patrick Kamau Gacheru. Estimates of the effective ownership in the combined bank are based on the latest available shareholder lists of NIC and CBA banks and records from the Registrar of Companies.

CBA, while announcing the merger plans, disclosed that it had a total of 34 shareholders. However, it did not name them. Shareholders of CBA will get the larger stake in the combined business based on the relatively bigger size of the private bank and the value it brings to the table, including a larger asset base and millions of M-Shwari customers.

The merged entity will become the third-largest bank in the country with assets of Sh444.3 billion based on September disclosures. This will see it relegate Co-op Bank , with Sh404.1 billion in assets, to fourth place.

The merger is currently valued at Sh65 billion – being the book value of the two institutions based on numbers published in the September quarter.

The business combination is expected to be completed by end of September. Areas of overlap including branch networks, technology, management and support functions are expected to be reviewed with a view to cut costs and improve efficiencies.

At the start of the integration, the company will have 2,360 employees and more than 100 branches in multiple markets, including Kenya and Tanzania.

Upon completion of the transaction, the businesses will be organised into banking and non-banking operations. The banking unit will comprise lending and deposit-taking businesses. It will also include a company to house all the digital banking services, including the microcredit platform M-Shwari.

Besides holding a stake in CBA/NIC, the current shareholders of CBA are also set to own Jamii Bora Bank separately as a private lender after making a Sh1.4 billion cash offer to fully acquire the small bank.

The buyout of Jamii Bora is expected to be completed in the next few weeks.

The top shareholders in NIC, CBA banks merger Reviewed by samrack on February 12, 2019 .