THE OCTOBER 19, 2017 HISTORICAL MASHUJAA MARCH AT THE KENYAN EMBASSY IN WASHINGTON DC, USA

Just as planned, Kenyans assembled at the St. Stephen & Carnation Episcopal Church located at 1525 Newton Street, NW. Washington DC 20010. The march began with prayers at 11 am and after the prayers, the marchers, with a heavy escort of police walked through a few miles to the Kenyan Embassy where another contingent of police force was waiting. They waved their banners and their placards as they marched by the road to the Kenyan Embassy located at 2249 R. Street NW Washington DC 20008, singing many Kenyan songs led by both the Kenyan Artist and poet writer Ms. Anna Mwalagho and one of the chief organizers of the march, Ms Mkawasi Mcharo Hall. At the Kenyan Embassy, through a loud speaker, speaker after speaker narrated the current concerns in the Nation of Kenya, and they expressed the Kenyan leaders demanding obligation to make sure that Kenyans do not any longer, live in fear of mysterious murders, corruption and the mysterious disappearances of Kenyans as has been happening today. 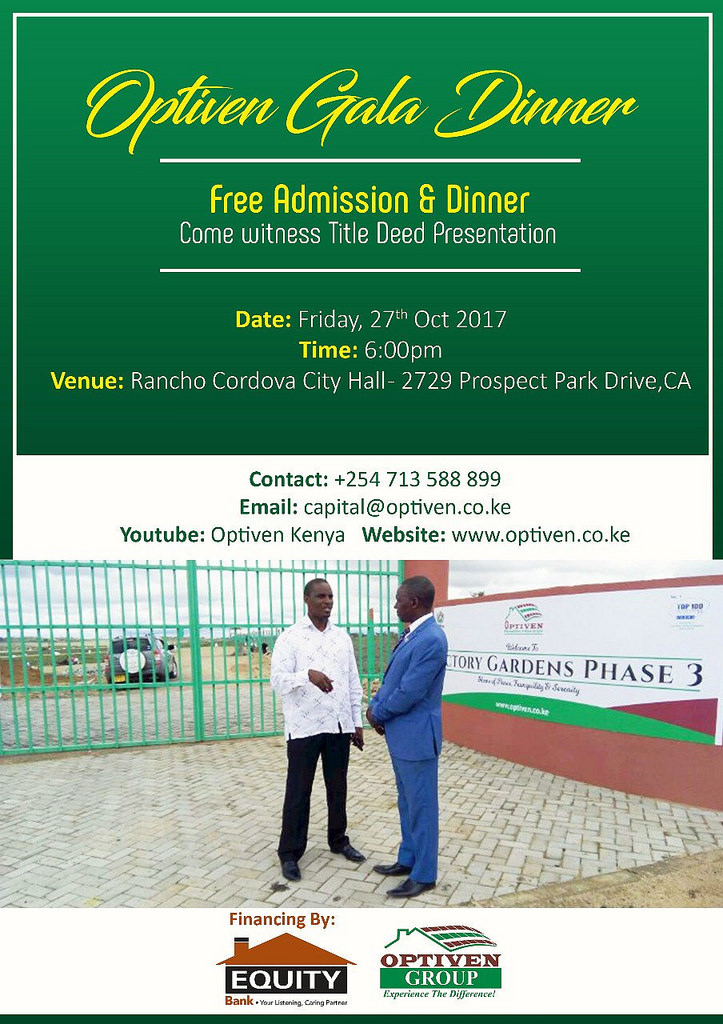 In his speech, Dr. Isaac Newton Kinity raised the importance of remembering the Kenyan Heroes regarding their sacrificial struggles for a peaceful, comfortable and a happy Kenya for each and every Kenyan, void corruption, political murders and void the mysterious disappearances of Kenyans.
Thereafter  Ms Mkawasi Mcharo Hall, Mr. Andrea Omwonga and Dr. Isaac Newton Kinity  went right at the door of the Kenyan Embassy and started to read the Demands to the loudest of their voices through the loud speaker. Each one of them repeatedly read the demands until two Embassy Officials came out of the office. The loud noise forced two senior officers out of office at the Embassy. As the two officers, the Deputy Chief of Mission, Mr David Gicheru and the First Counselor Ms Agnes Cheptoo Kirui stood close to the three, the demands were read again and again 4 more times more.  Although the Embassy accepted to receive the written demands, the deputy head of the Kenyan Mission Mr. David Gicheru, refused to respond to Lady Mkawasi question when she asked him for a comment about the demands, and instead he hastily went back into the office leaving Ms Agnes Cheptoo Kirui who stood outside at the door of the Embassy, a little longer before she also went back into the office.
Kenyans on the streets towards the Kenyan Embassy.
Kenyans outside the Kenyan Embassy in Washington
DC, USA. 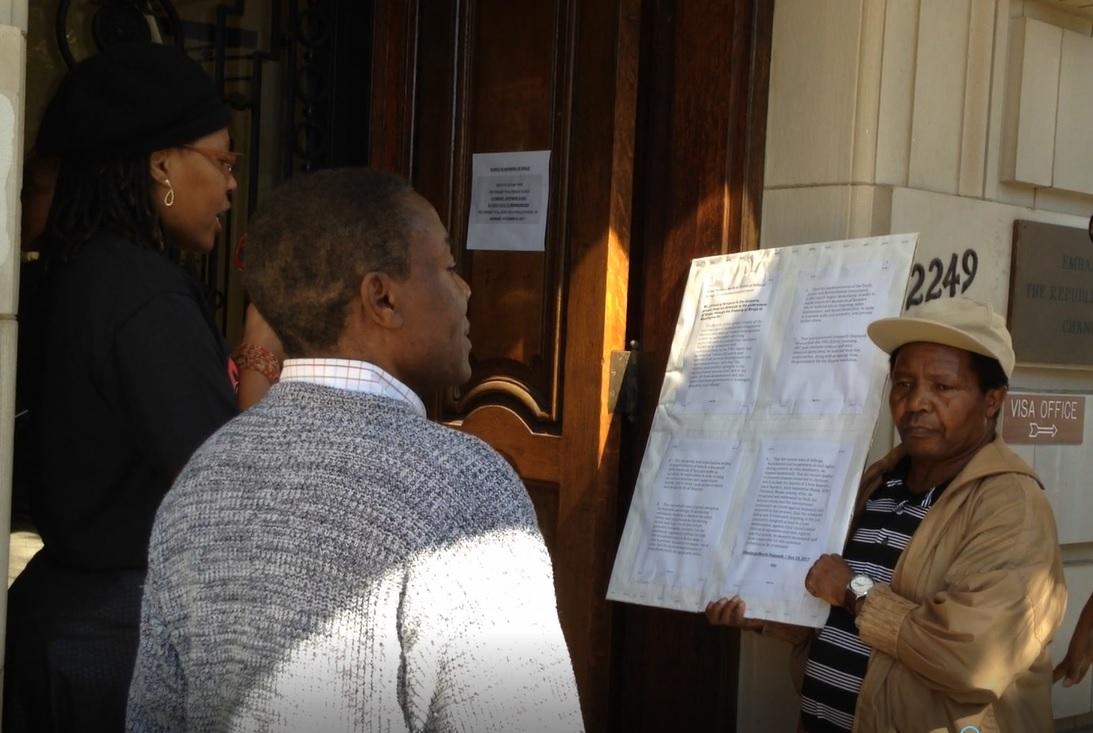 Below, Mr. Andrea Omwonga reads the Demands
right in front of the door to the Kenyan Embassy
in Washington  DC, USA 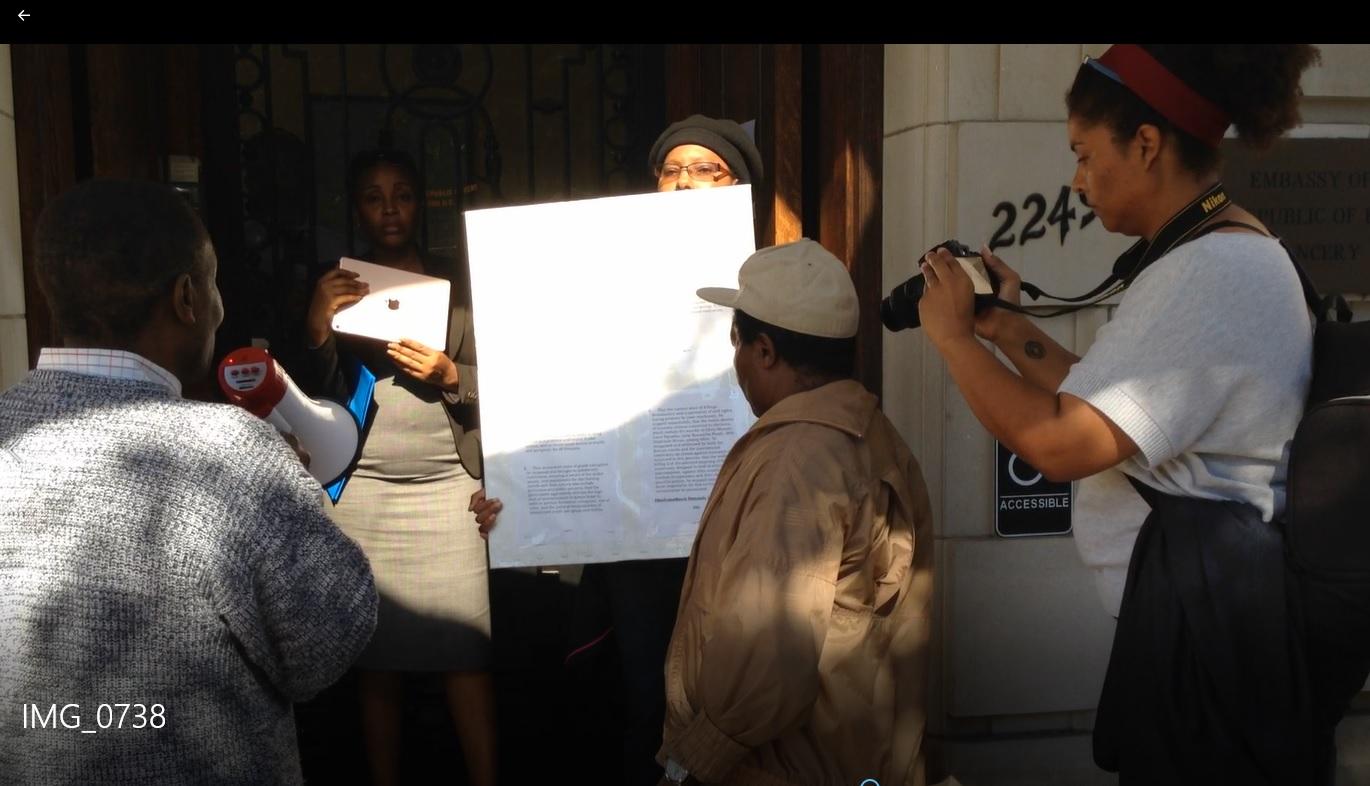 Dr. Isaac Newton Kinity reads the Demands right
in front of the door of the Kenyan Embassy In
Washington DC, USA. 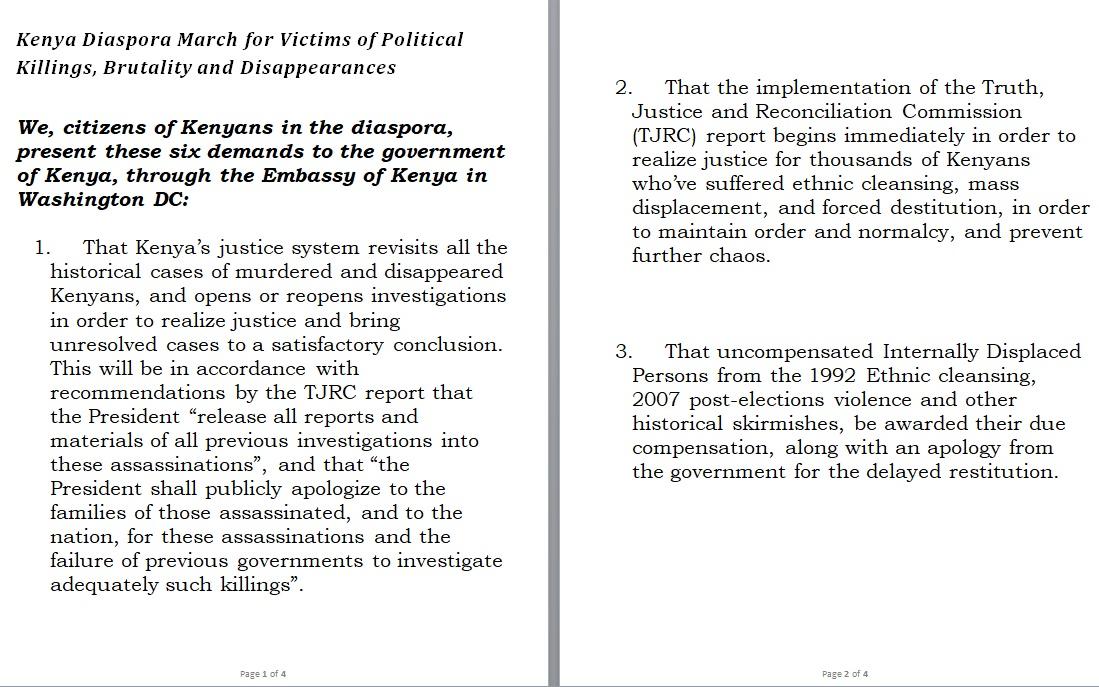 The march ended at around 2 pm with a resolution  by the organizers of the march, that more marches will follow here in the United States and elsewhere,  until the Kenya Government takes the right steps to end the politically perpetrated mysterious murders in Kenya, the political perpetrated mysterious disappearances of Kenyans and the Government sanctioned rampant corruption in Kenya.
The Demands Continued: