The Agony of Hinga Mbogo, a Kenyan Businessman Based in Dallas, Texas 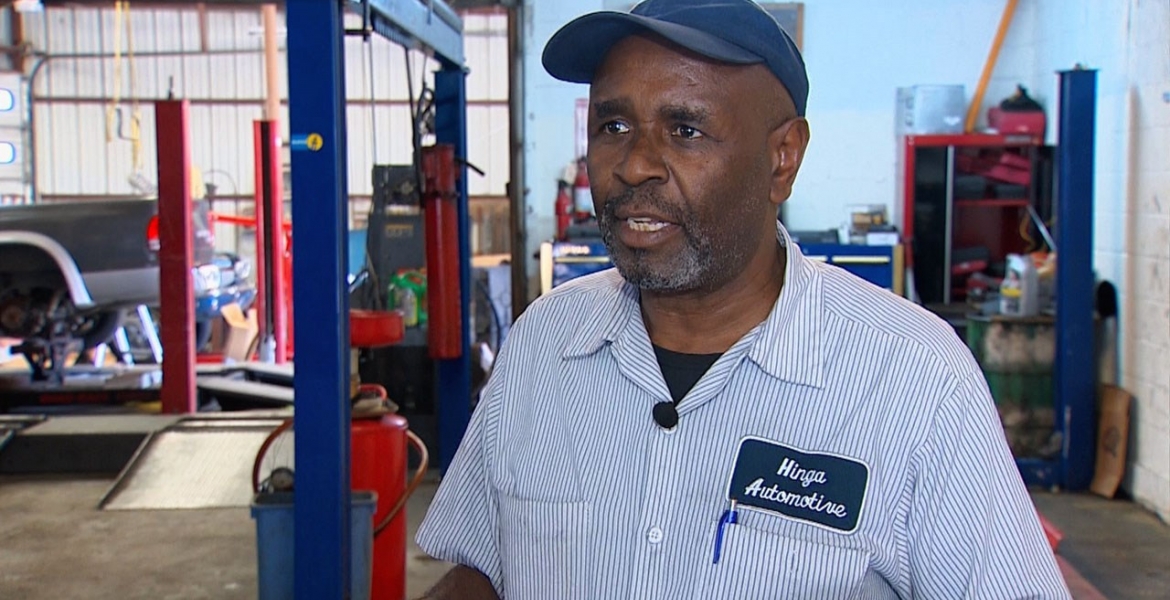 The Agony of Hinga Mbogo, a Kenyan BusinessmanBased in Dallas, Texas

Hinga Mbogo, a Kenyan businessman in Dallas, Texas, has not lost hope in resuming operations at his auto shop located along Ross Avenue in the city despite being thrown out to allow reincarnation on that part of the city.

A close look of Ross Avenue, around his former auto spares shop resembles the “gateway to the Arts District” that the City Council of Dallas envisioned years ago, and Mbogo longs to be back there, where he has operated for more than 30 years building his business.

Having relocated his shop 2 miles away at Chestnut Street, and even attracting more customers that he had to hire extra employees, he still seemingly feels a world away from Ross Avenue and vows not to relent in his fight to go back to Ross Avenue.

Mbogo engaged in a court battle with Dallas City Hall last year, although he lost a zoning case but he still has a glimmer of hope that he will ultimately prevail.

Dallas attorneys believe that a ruling against the City would imply that cities no longer have the right to rezone. A state district judge recently agreed with the city, dismissing Mbogo’s counter-suit.

The libertarian Institute for Justice is backing Mbogo, offering him with much needed legal support as he seeks justice. The institute is using a media narrative about the case: that a Kenyan immigrant who operated a small business achieved the American Dream but the government denied him in its love of upscale development.

“We believe the Texas Constitution provides protection for folks like Hinga, and we’re intent on fighting it in the courts as much as we need to,” said Institute for Justice Attorney Ari Bargil who is prepared to take the case to the Texas Supreme Court.

He added “There should be a law against what they did. I feel like I should fight it to where I can see an end to it. It’s a lot of injustice. You build a business for 30 years and someone tells you you can’t do what you want to do? That’s crazy.”

The Agony of Hinga Mbogo, a Kenyan Businessman Based in Dallas, Texas Reviewed by samrack on August 3, 2017 .