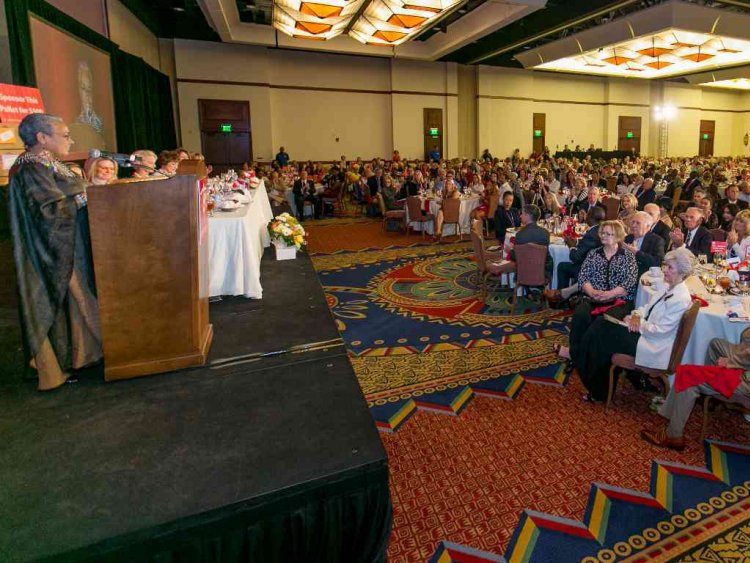 First Lady Margaret Kenyatta received a standing ovation in the US on Friday when she explained why she chose to run marathons rather than enjoy the comfort and trappings of her status.

She told an attentive audience of corporates, investors and political leaders from Arizona that she had chosen the grueling marathons to mobilize resources for the sake of the Kenyan mothers and children who were suffering needless pain and unnecessary deaths.

“I have literally been running marathons and I can understand if that doesn’t immediately strike you as behaviour befitting the wife of a Head of State.. but I assure you, it has all been for the greater good”, she said.

Her address which was amplified with a video clip showing her physically running a marathon with thousands of Kenyans struck strong emotions among the audience who literally shed tears.

The First Lady underlined the urgency to ensure all mothers and children access critical healthcare saying facts andstatistics of the senseless deaths that continue to occur are staggering and sad.

The First Lady spoke at the JW Marriott Scottsdale Camelback Resort where she attended a First Lady’s fund-raising luncheon attended by over 1500 supporters and sponsors of Beyond Zero, mainly the business community from Arizona

The first such consignment worth Sh40 million and destined for Chemolingot Hospital, East Pokot , in Baringo County arrives in Kenya in the next eight weeks.

Standing Ovation for First Lady Margaret Kenyatta As She Moves Her American Audience into Tears Reviewed by samrack on March 21, 2016 .