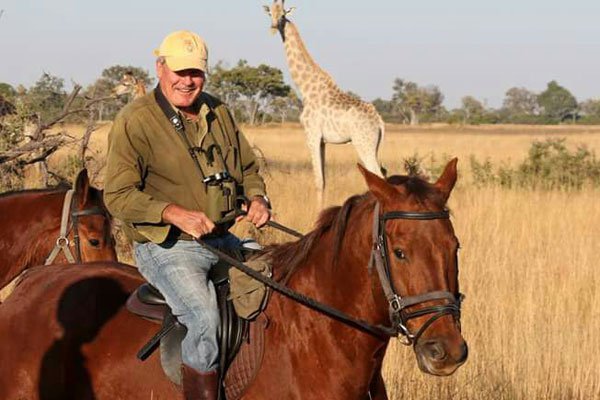 The body of the co-owner of Sosian ranch in Laikipia North was on Sunday evening found dumped in the ranch hours after he went missing.

He added that Mr Voorspuy, a former British army officer, had just returned from Nakuru and went to visit the site where cottages were burnt by herders, despite warnings from family members and security managers.

“The director had just returned from a trip to Nakuru and went straight to a scene where the herders had set ablaze two cottages last Friday. That is when he may have been ambushed by the herders,” Mr Kipkeu told the Nation on phone.

Senior ranch security officer Simon Eturen said Mr Voorspuy had been warned by the general manager not to go to the scene without security.

The carcass of the horse he was riding while touring the expansive property was also found with gunshots wounds.

County Commissioner Onesmus Kyathia called for calm, saying a contingent of security personnel had been deployed to pursue the attackers believed to be herders who have invaded ranches and caused havoc in the past several months.

Earlier in the day, Inspector General of Police had held a meeting with security officers at the ranch following the fire incident.

Invasions by pastoralists mainly from Samburu, Isiolo, Baringo and West Pokot counties in search of pasture have intensified.

READ: Politics cause of invasion of ranches by herders

Days later, a GSU officer was also shot at during an operation in the area.

Share thisFacebookTwitterPinterestEmailWhatsAppMr Tristan Voorspuy, owner and founder of Offbeat Safaris Ltd. He was shot dead on March 5, 2017. PHOTO | COURTESY Kenya Sosian ranch boss Tristan Voorspuy shot dead The body of the co-owner of Sosian ranch in Laikipia North was on Sunday evening found dumped in the ranch hours after he went missing.