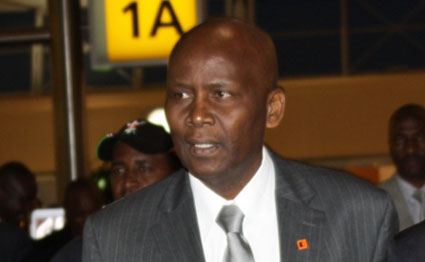 Kenya has been told to take advantage of the upcoming Global Entrepreneurship Summit to “get maximum” benefits from the US.

Kenya’s former ambassador to Washington, Elkana Odembo, says the country should have priorities beyond hosting President Barack Obama if it is to achieve much from the conference.

President Obama is expected to touch down in Nairobi on July 24 to speak at the sixth Global Entrepreneurship Summit (GES), to be held at Nairobi’s UN Complex in Gigiri.

More than 3,000 business leaders, policymakers and investors are expected to attend the event, which will be the first in sub-Saharan Africa.

But Obama’s visit will be his first to Kenya since taking office in 2009 (although the fourth time in Africa). His coming has created excitement beyond GES because his father was Kenyan and it looks like a homecoming.

He had skipped Kenya on his three previous visits to Africa, but Mr Odembo, who headed the African Diplomatic Corps in Washington, says Obama’s eyes and ears were always trained on Kenya, his father’s homeland.

“President Obama has a lot of interest in the youth and he also knows that Kenya is very central in that initiative. To Obama, no detail about Kenya is too big,” the former envoy told the Nation.

“We had made it difficult to work with us for obvious reasons. There are incidents when we have misbehaved and our friends have left, but they did not leave entirely,” he said referring to recent lukewarm relations between Nairobi and Washington.

The former Kenyan diplomat said the occasion of the conference offers opportunities which should not be overshadowed by the excitement.

“Are we just going to take pride in his coming and that is it? We must have the ask (sic), the kind of priorities we want to derive from this meeting,” said Mr Odembo, who was Kenya’s ambassador in Washington when Obama was sworn in as president.

“This does not mean presenting our begging bowl. It is about what kind of strategic partnership we should get from the US. We should not be short-sighted with handouts. Let us look for a bigger size of investments,” the diplomat said.

The GES is expected to act as Kenya’s platform to market the country as the best investment and the government. A video posted on YouTube last week includes a message from President Uhuru Kenyatta in which he says Kenya’s hosting of the conference “epitomises the transformational power of possibilities” Kenya has shown.

“Choosing Kenya as the destination for the Global Entrepreneurship Summit underscores the fact that Africa, and Kenya in particular, has become a centre for innovation and entrepreneurship,” President Kenyatta argues, saying his government is focusing on the youth and women.

“We understand that investment in women and young enterprises can provide innovative solutions to some of our toughest challenges.

A number of investors and global business leaders have already confirmed they would attend. They include “Shark Tank” reality TV stars Barbara Corcoran (66), Daymond John (49) and Mark Cuban (56).

But Kenya, Mr Odembo argued, should also look for stronger support in the war on insecurity and counter-terrorism.

“Compared (with) countries, like Afghanistan, US support to Kenya is very little. Because of the geopolitical role that Kenya plays, I think there should be more.”

In May this year, the US announced an additional Sh9.6 billion for border protection, counter-terrorism and intelligence sharing. In the past four years, the US has spent about $600 million on counter-terrorism in Kenya.

Former Kenyan ambassador to United State of America, Elkana Odembo. FILE PHOTO | NATION MEDIA GROUP Seek ‘maximum benefit’ from GES, Kenya told Kenya has been told to take advantage of the upcoming Global Entrepreneurship Summit to “get maximum” benefits from the US. Kenya’s former ambassador to Washington, Elkana Odembo, says the country should have