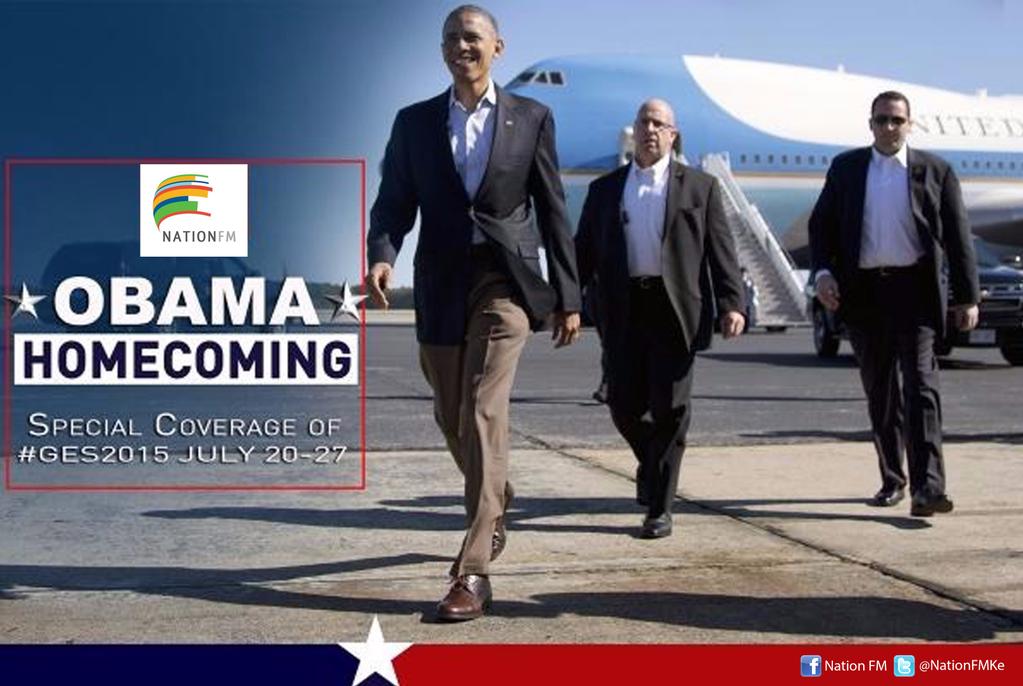 Kenyans are not known for their reserve. Not at all, but for some reason, as my cousin said, “Obama’s visit is bringing out all the crays in this country.” The unbridled crazy that has been paraded for our senses since POTUS declared he was coming to Kenya from July 24th to 26th is, indeed, truly bizarre.

Today the Siaya county governor has taken out a full page advert in a national daily to advertise an expo in honor of their “returning son.” This expo is also set to feature a half marathon and rugby matches with a team definitively called the “Obama Sevens.”

Not to be outdone 18 University of Nairobi students have said they are going to kill themselves and 31 female students said they would urinate on the tree that Obama planted last time he was there in 2008 if he does not visit the university. Secondary school students at Senator Obama Secondary School are imploring for Obama to visit them and fittingly change the school name to President Obama Secondary School.

I was recently sent a picture of a fresh sign by a mganga (which in anthropologist lore is witchdoctor) who advertised his ability to ensure you win the sports lottery, get back your lover and to help you greet Obama.

In addition, every day there is reactionary talk in the newspaper about homosexuality because, apparently, this is all Obamas fault. This happens on two fronts. Either some really fundamentalist view by the Deputy President, or declarations from the, seemingly, recently formed Republican Liberty Party which has declared that just for POTUS, and due to his “open and aggressive support for homosexuality”, 5000 naked men and women are going to hold a two day rally in the city on both the 22nd and 23rd of July. This is done so that Obama, in case he is not already aware, can know the “difference between a man and woman.” Related, the council of Kikuyu elders have even said that they will pelt Obama with rotten eggs if he “tries to push for homosexuality in Kenya.”

Luckily, though sadly not with the same proliferation, there are more progressive views about how every leader should just mind their own business, focus on their own bedroom and let every Kenyan have their human rights.

There are also comical and subversive interventions about who the “real homosexuals” are in the country, one of which has succeeded in establishing a new word; “homo-sexed.”

What is certain is that post ICC and election violence provoked western media fanfare and subsequent NGO industry and social entrepreneurship fetishization (they seemed to replicate everywhere at that time) I don’t think Kenya has seen this many white people in a while. Especially since Westgate.

They will all be welcomed by the gubernatorial sanctioned “beautification” project for the city of Nairobi which costs 50 Million shillings (about $500,000) and that is launched just in time for Obama’s visit. A key part of this project seems to be the planting of flowers that, if they actually grow in time, will likely wilt and gather dust soon after POTUS is gone.

Caught in the heat of this melee, are the street families who are being “pushed” out of the city because Obama is coming, and swept under the carpet for the next two weeks are the real issues we should be attending to; food, land, justice, security, employment, teacher’s wages and dignity.

Likely there will also be more illegal detentions, arrests and police everywhere — if more police in Kenya is even imaginable. We will barely, if at all, be able to use many major roads or, according to word on the street, make a phone call for three full days.

Whether he is coming to “have the opportunity to meet some of the brilliant young entrepreneurs from across Africa and around the world” or to announce “new investments and commitments.”, with slightly more than a week before POTUS jets in it is likely that it is only likely to get more crazy in here, that the next few days will bring out more “crays,” if that is even imaginable.

A complete run-down of all the craziness going down in Kenya ahead of Obama’s visit Reviewed by samrack on July 22, 2015 .

A complete run-down of all the craziness going down in Kenya ahead of Obama’s visit Kenyans are not known for their reserve. Not at all, but for some reason, as my cousin said, “Obama’s visit is bringing out all the crays in this country.” The unbridled crazy that has been paraded for our senses since