Secret forces that rule Kenya and the world 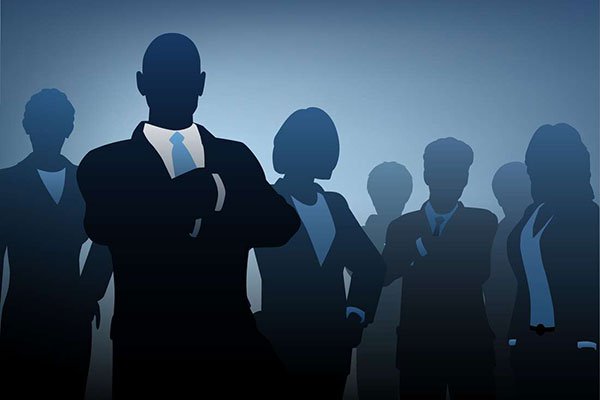 Secret forces that rule Kenya and the world

In this column last week, we revisited an incident when President Daniel arap Moi had to abruptly cut short a visit to the US after a leading American newspaper published an embarrassing story on his government’s poor human rights record.

But the mission that had taken him to the US was too important to be abandoned just like that.

To remain in power, his government badly needed Uncle Sam’s dollars, hence somehow a way had to be found to get back into the good books of Washington.

A Kenyan delegation led by Finance Minister George Saitoti was dispatched back to the American capital, but this time to work from the back channels.

Everybody familiar with how Washington works will tell you that the world’s most powerful country is ruled, but behind the scenes, by a powerful but faceless American-Jewish lobby.

To hook up the Saitoti delegation with the powerful lobby was a Chicago-born Kenyan medical practitioner of American-Jewish extraction.

You can hardly pick out the man if you met him in the streets of Nairobi, but he holds the most guarded secrets of who is who in Kenya.

A retired civil servant who was in the Saitoti team would years later relate to me the secret meeting with members of the influential lobby in Washington.

He told me: “Members of the lobby, who included two Rabbis (Jewish religious leaders) with flowing beards, were sympathetic to our cause, citing occasions where Kenya had openly or otherwise acted in the interest of the often besieged state of Israel.”

The Jewish Washington lobby was particularly grateful that Kenya had clandestinely abetted the rescue of Israeli hostages held in Uganda after a French airliner was hijacked and detained at Entebbe Airport in 1976.

On top of working to ensure doors were re-opened for Kenya in Washington, the Jewish lobby arranged a secret meeting between the Saitoti delegation and the management of the Washington Post.

Incidentally, the newspaper was founded by an immigrant Jewish family.

Once, when asked who really ran America, US President Ronald Reagan had an intriguing answer.

“I think there is an elite in this country and they are the ones who run an elitist government. They want a government by a handful of people because they don’t believe the people themselves can run their lives …”

An even more perplexing clue on the existence of invisible forces who rule the world came from British Queen Elizabeth, as recalled by one Paul Burrell, a long-serving aide to Princess Diana when she lived with the royal family.

He recalled the Queen having once called him aside and cautioned: “Be careful, Paul; nobody has ever been as close to a member of my family as you were close to Diana. There are powers at work in this country about which we have no knowledge.”

Can you imagine the Queen not knowing exactly who pulls the strings in a kingdom she has ruled for six decades!

Back home, time and again, loud hints have been given about invisible forces pulling strings and making things happen from behind the scenes.

Only last year, when opposition leaning businessman Jimi Wanjigi had his Nairobi home raided by police in the run-up to the August elections, he wondered aloud why the Jubilee government was “harassing” him yet the idea to form a Jubilee government was mooted “in this very house!” Nobody denied or confirmed his allegation!

Just as the Jubilee coalition was coming into being, in December 2012, presidential hopeful Uhuru Kenyatta had made a sensational statement that some “dark forces” wanted him to step down for another hopeful, Mr Musalia Mudavadi.

And when in power in 2015, President Kenyatta would publicly state that “some people in his office (Harambee House), working with ‘invisible forces’, were out to frustrate his government.

He was referring to people who claimed to have helped the Jubilee government come to power, and were now bitter they’d been blocked from getting back their pound of flesh through mega government contracts and tenders.

When Mr Mwai Kibaki was President, I remember asking Finance assistant minister Peter Kenneth about the controversial sale of Grand Regency Hotel to Libyans by the Treasury.

He told me he’d never sat in any meeting where the sale of the hotel was discussed.

Then he summed it up in an interesting quip: “Well, within the Treasury, there are those like us who operate strictly within the clearly spelt out guidelines. But then there are the faceless ones who act outside the rules!”

I also remember a conversation I had with another member of the Kibaki administration, assistant minister Koigi wa Wamwere.

I had asked him how it felt being in the government after many years on the other side as a bitter critic of the system for which he had to spend long years in jail.

He, too, had an intriguing reply: “Deep inside, I’d be lying to say I am in government. I have realised what people outside there see and call the government is not the actual government. The real government is often invisible and operates from underground!”

Perhaps it is during the reign of President Moi when “invisible government” held the greatest sway, and you hardly could tell where real power actually rested as junior officers directly communicated with the Head of State behind the back of their superiors.

I was surprised when a former Kanu secretary-general, Mr Joseph Kamotho, told me that despite being the second most powerful person in the ruling party hierarchy, he had no idea President Moi had decided to allow a return to the multiparty system of democracy until an announcement was made before assembled delegates at Kasarani sports complex, Nairobi.

A State corporation chief executive who has never held any post in Kanu told me that a week before the announcement at Kasarani, President Moi had discussed the matter with a close-knit group at his Kabarak private home and a decision made on the matter, but which “outsider” Kamotho was not privy to.

In agreeing to allow the multiparty system, Mr Moi had reasoned with his “invisible government” at Kabarak that when “you see a strong tide sweeping, the wise thing is to stand aside and let it pass, lest you drown in it. Once it is gone, you can always retrace your bearings.”

The same State corporation executive would also tell me that when the real wielders of power in Moi’s Kenya were fed up with Prof Philip Mbithi, when he was the “powerful” Head of the Civil Service and Secretary to the Cabinet, it is him (the parastatal chief) who suggested to the President that the professor be “dumped” to serve in the “useless” position of ambassador at the East African Community office in Arusha.

Could that be where President Uhuru Kenyatta got the idea on “dumping” less-than-average performers in his Cabinet? Just appoint them to “useless” ambassadorial jobs!

Another illustration of how the invisible government works had to do with the Goldenberg scandal.

A senior official at the Treasury told me that when the heist was conceived, the face of the scam, 26-year-old Kamlesh Pattni, put an official application to the Treasury on the would-be “export-compensation” project.

Not knowing who the invisible forces behind the youthful “businessman” were, then Treasury Permanent Secretary Charles Mbindyo constituted a technical team under the respected Finance Secretary Terry Ryan to evaluate Mr Pattni’s proposal.

The technical team recommended that the Pattni “project” be declined, and the PS communicated as much.

A few days later, senior officials at the Treasury received calls from the “invisible” government, asking to be told whether the money they were denying Mr Pattni belonged “to their mothers!”

An invisible government, too, existed during the era of First President Jomo Kenyatta.

I recall one day while having breakfast at the city’s Rosslyn Gardens home of a top security man in Mzee Kenyatta and Mr Moi’s governments, when the woman of the house inadvertently told us that in the last years of the founding President’s administration, her husband used to host secret goat-eating “parties” at their home and here “the future of Kenya was discussed”.

I learnt elsewhere that the same invisible group used to occasionally have working lunches at the exclusive Red Bull Restaurant in the city to plot “which way Kenya”.

It is at the Red Bull Restaurant that the roadmap on Mzee Kenyatta’s succession was drawn.

Postscript: Talking of invisible forces that make things happen from behind the curtains, about two months ago an interested party in the 2022 presidential succession dropped a bombshell that a prominent businessman, whose brother is a top politician, had opened an office in the city’s Lavington suburb from where secret meetings were taking place on how to micro-manage the succession.

Some hot stuff that! Even my old buddy, Mr Mutahi Ngunyi, is yet to sniff out the “Lavington Plot” despite having a proboscis for a political noise!

Secret forces that rule Kenya and the world Reviewed by samrack on September 30, 2018 .

Secret forces that rule Kenya and the world In this column last week, we revisited an incident when President Daniel arap Moi had to abruptly cut short a visit to the US after a leading American newspaper published an embarrassing story on his government’s poor human rights record. But the mission that had taken him