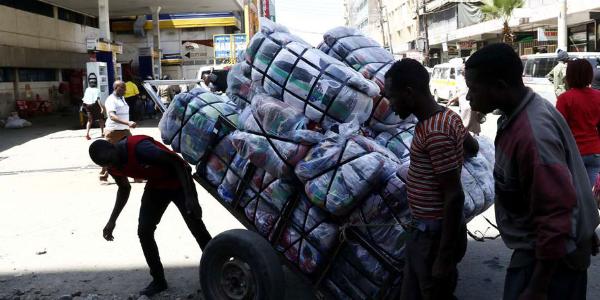 “The imports are high but the biggest threat to local new clothes manufacturing is illicit trade that is hurting local sales. We are happy with the ongoing war on illicit trade which must be sustained to help big, small and medium enterprises that produce finished apparels to benefit from a growing appetite for new clothes,” said Kenya Association of Manufacturers (KAM) textiles and apparel sector officer Abel Kamau.

“Kenya should pursue 100 percent verification of all textile imports and enhance surveillance on porous borders where punitive action should be taken against unscrupulous traders using these routes to bring in contraband apparel products.”

Mr Kamau said manufacturers have been pushing for lower energy tariffs for textile firms along the value chain from ginneries, spinners, weaving and knitting companies as well as textile material makers to ease cost of production.

KAM said local retail chains need to give local clothes makers a platform to sell products instead of selling imports.