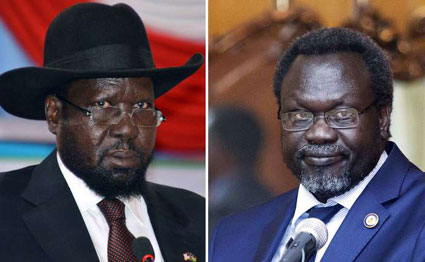 South Sudan’s government and rebels signed a peace agreement on Monday, hours before the end of a deadline threatening international sanctions, but details of the deal were not immediately known.

The agreement was signed by rebel chief Riek Machar and Pagan Amum, the secretary-general of the ruling party, an AFP correspondent said.

Mr Kiir and Dr Machar met alongside regional presidents in Ethiopia, under intense diplomatic pressure to sign a deal in the final hours before Monday.READ MORE