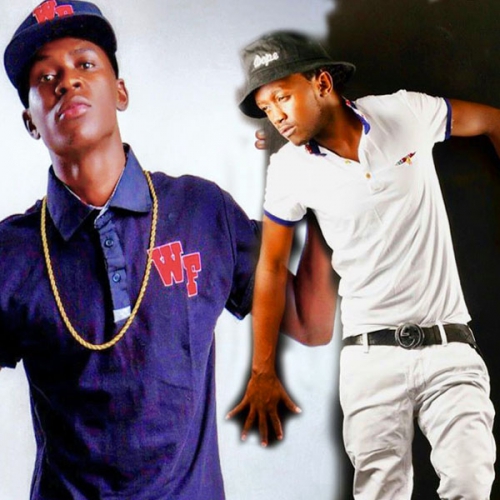 FacebookTwitterPinterestEmailWhatsApp
Kenyan popular gospel musician Bahati literally broke the internet when he posted an accusatory letter on Monday to fellow gospel artiste Willy Paul, who has on several occasions entertained Kenyans in Diaspora with uplifting songs.
Kenyans reacted with suprise online and asked the two to reconcile.
In a heartfelt letter, Bahati (pictured left above with Willy Paul) accused Willy of stealing not one, but two of his songs and re-recording them. The letter stated that Willy went as far as bribing producers to get Bahati’s unreleased songs.
Willy allegedly re-recorded Bahati’s song under the title Mapenzi. He is now accused of stealing another Bahati song, Maria, which he plans to release with the title Salima.
In an exclusive interview with Standard Newspaper in Kenya, Bahati confirmed that indeed he had tried to reach out to Willy Paul several times but his efforts have not been forthcoming. ‘Willy has taken advantage of my kind and polite nature.
He knows I do not like beef so he keeps pushing me,’ Bahati said. ‘The first song he stole I politely told him off. I let it go. But when he took a second, I called him and he was very abrassive and rude in his response.’ 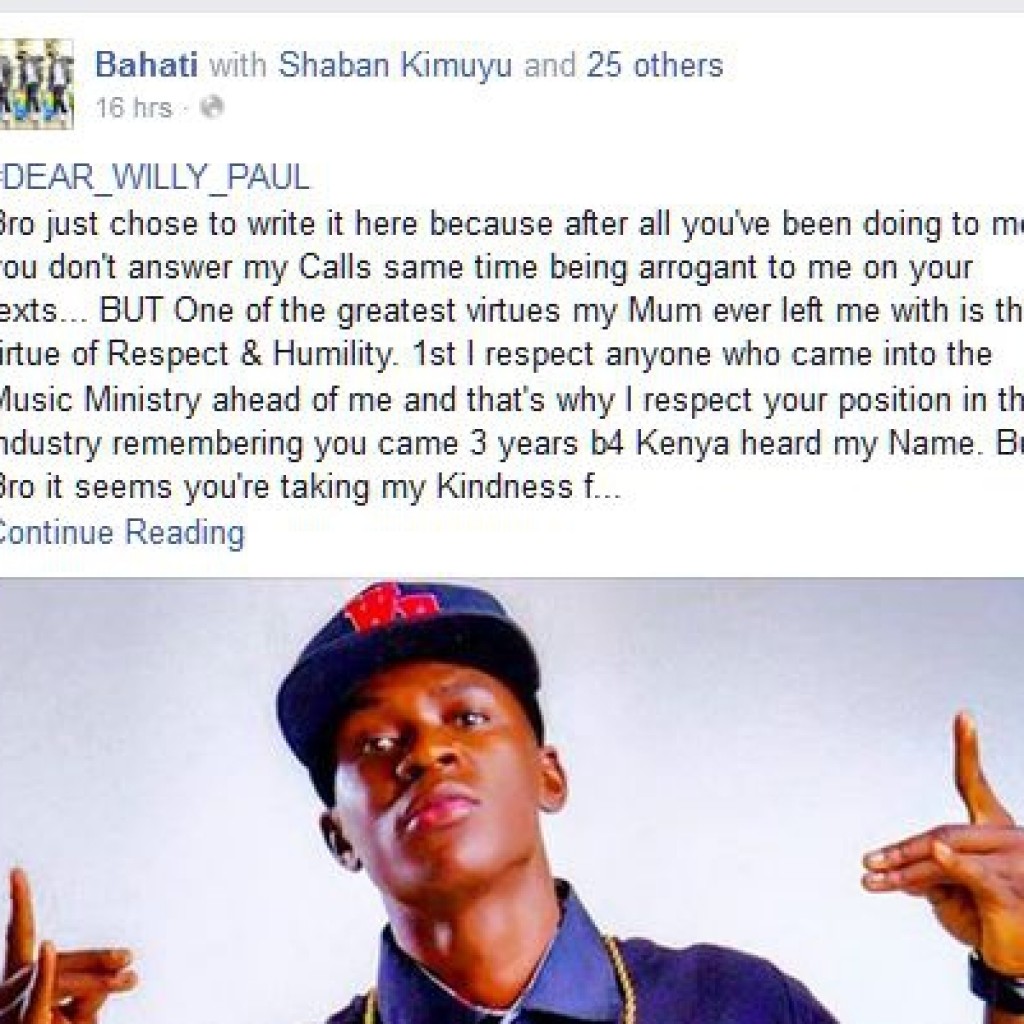 ‘Why did you choose to post this on your social media pages,’ we asked him. The outrightly annoyed Bahati, said that he had decided to take it to Facebook since Willy Paul had proven difficult to reach. ‘I have collected enough evidence and I felt it was time that the world knew just what has been happening.
I have been facing a lot of challenges moving forward and when it’s a fellow gospel artist, it totally breaks my heart,’ Bahati concludes.
Standard’s attempts to reach out to “Sitolia” hitmaker to respond to the allegations were unsuccessful as his phone went unanswered.
Here are some responses on Twitter:
Irene Ann: Ata hamjaskia side ya Willy, na mnamjudge. Let them solve their differences.
Kanivo Kenya: The coin has two sides, Sasa tungoje side ya Willy Paul. Abigael Euko: You all criticize Willy Paul as if you are very holy… Let them solve their issues, acting like magistrates will not help
Read more at: The Standard
Sad Kenyans Plead For Reconciliation After Gospel Artiste Bahati accuses Willy Paul of Stealing His Music Reviewed by samrack on April 6, 2015 .

Kenyan popular gospel musician Bahati literally broke the internet when he posted an accusatory letter on Monday to fellow gospel artiste Willy Paul, who has on several occasions entertained Kenyans in Diaspora with uplifting songs. Kenyans reacted with suprise online and asked the two to reconcile.  In a heartfelt letter, Bahati (pictured left above with