Kenya’s third president Stanley Emilio Mwai Kibaki has paid his last respects to late former second president Daniel Toroitich Arap Moi at Parliament buildings a few minutes ago.Kibaki who was in the company of his aides visited Parliament where the body of the late professor of politics lies in state.

Fourth president Uhuru Kenyatta and other leaders paid their respects yesterday.According to reports, over 20,000 Kenyans visited Parliament yesterday to view Moi’s body. The public viewing which ends tomorrow at 5 pm will be followed by a burial on Wednesday at Moi’s Kabarak home in Nakuru. 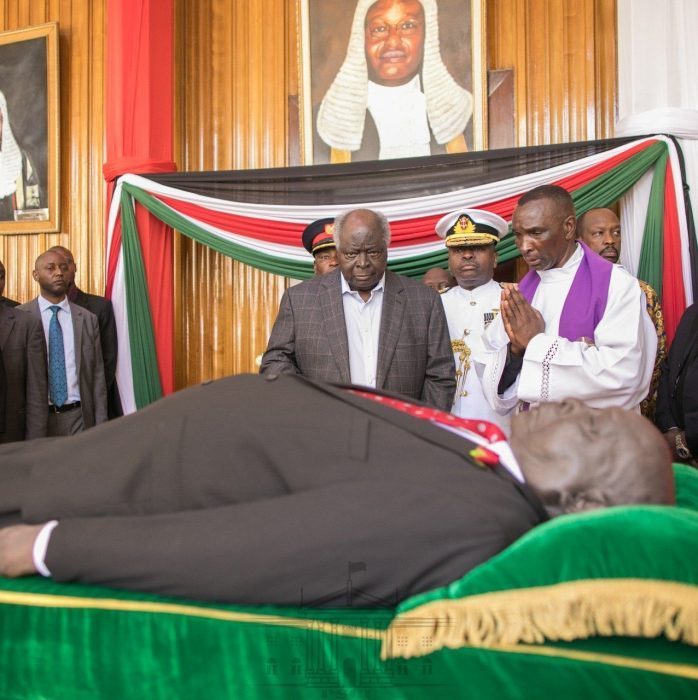 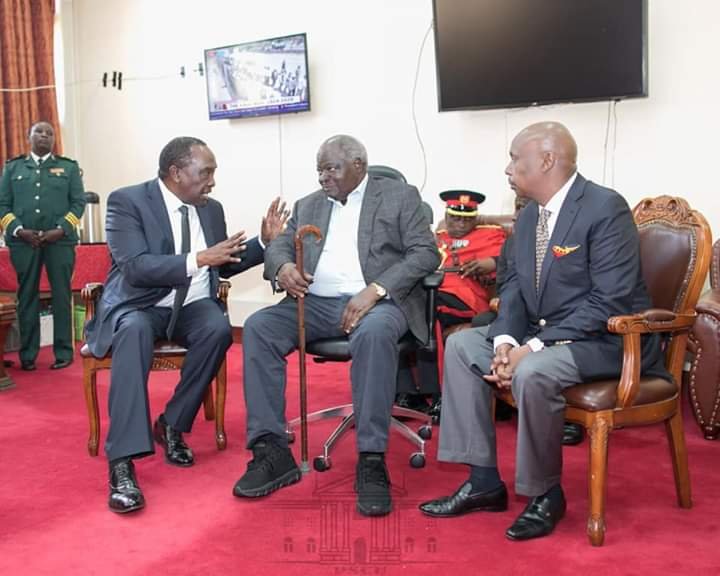 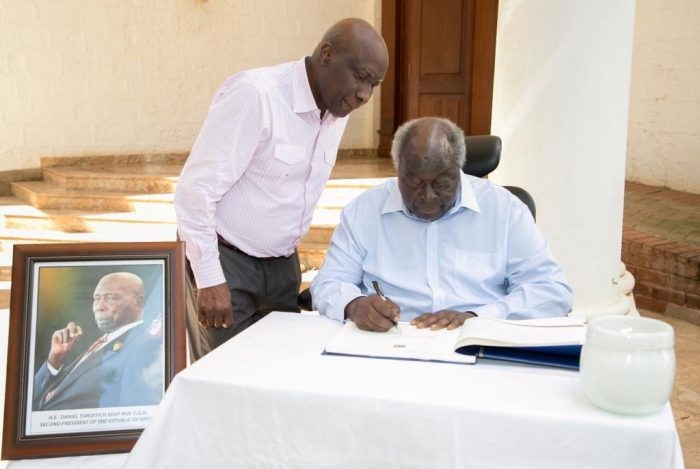 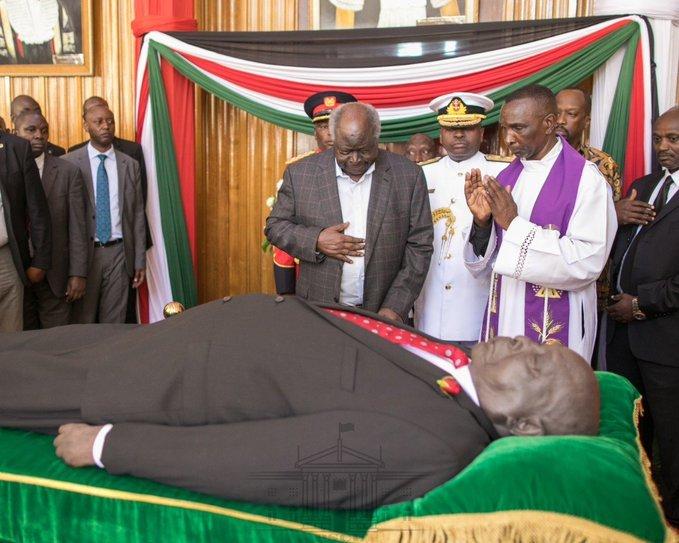