Mzee Kenyatta had died in the wee hours of that morning.

As news of Mzee’s death spread countrywide, the government started making plans for a state funeral. This meant that the military was going to be heavily involved.

But there was a problem.

Kenya’s military had no prior experience in conducting state funerals. And there was no blueprint for one.

Gen. Mulinge was scheduled to meet then Vice President Moi. So he needed a brief from Opande on how the military would carry out a State Funeral for the late Mzee Kenyatta.

At the time, Opande was the Staff Officer responsible for ceremonial duties at Army Headquarters.

Opande consulted widely within senior ranks in the military. No one had any information on how State Funerals were conducted.

Lt. Col. Opande borrowed aspects of the guidelines, then prepared his brief and shared it with Gen. Mulinge and a Brigadier Kakenyi.

A team from Department of Defence, and of which Opande was part, was constituted to attend daily briefings and planning meetings with officials from Office Of The President and Ministry of Foreign Affairs, among others.

The military laid out precise details of each aspect of Mzee’s planned funeral, including timelines, what would happen at each point, resources required, et cetera.

At the same time, the joint civilian and military task force planned every detail of the funeral, including matters of protocol for visiting foreign dignitaries.

What was clear was that the military would take the lead role of the state funeral itself. For example, not only did the military provide pallbearers but it also took charge of crowd control duties, assisted by the Kenya Police. Also, the military planned for Guards of Honour for all arriving Heads of State.

In his book, In Pursuit of a Peace in Africa: An Autobiography, Opande recalls that everything ran smoothly apart from one thing: the unexpected arrival of Uganda’s President Amin aboard one of two Ugandan military choppers.

Was the former Ugandan dictator acting paranoid? Consider that the previous day (30th August 1978) Amin had notified Kenyan officials that he had landed in Naivasha, and was on his way to Nairobi.

There were frantic attempts by the military to contact protocol officials so Amin could be accorded a formal reception befitting a Head of State from Naivasha.

Lt. Gen (Retired) Opande doesn’t say that the Naivasha arrival of Amin was a hoax, but it probably was because Amin showed up in Nairobi the next day, his delegation landing in two choppers. It is also not clear to me if the aviation authorities granted clearance to Amin’s choppers. 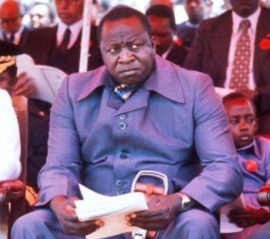 According to Opande, Amin “pulled a fast one on us” again when, on the morning of the funeral, instead of using protocol limousines accorded to his delegation, the Ugandan leader opted to walk from Hilton Hotel to the funeral ground next to Parliament Buildings, drawing crowds of excited onlookers, and creating a security scare in the process.

‪After Mzee’s funeral, Lt. Col. Opande and Lt. Col. Kipsaita came up with a document that was adopted by the Ministry of Defence as the official Kenyan military guideline for State Funerals.‬ 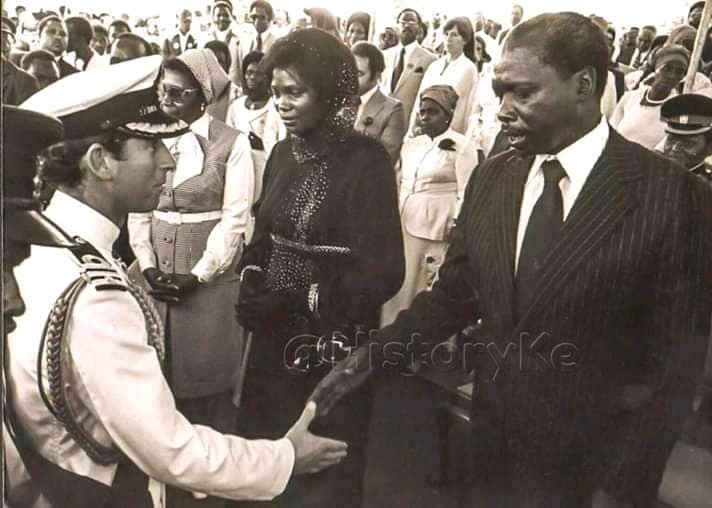 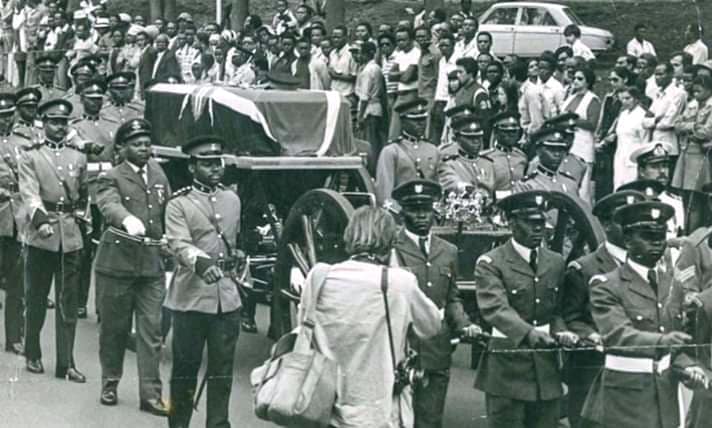