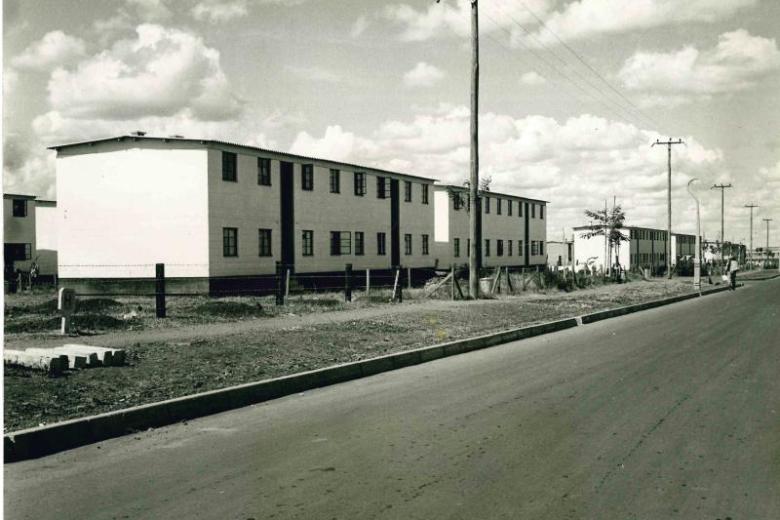 The Nairobi Metropolitan Services (NMS) is embarking on an ambitious plan to build over 62,000 affordable housing units in Nairobi to ease the strain of housing in the capital.

The project is expected to boost the Jubilee administration’s plan to put up half a million housing units under the Big Four Agenda.

NMS, led by Maj-Gen Mohamed Badi, has started the process of recruiting private firms with which it will develop high-rise houses in 10 city estates through a public-private partnership model.

Last week, the agency invited companies to send Expression of Interest applications to be qualified to work with the NMS in the development of the houses.

“The proposed Nairobi Housing Urban Renewal is the NMS initiative to refurbish the old buildings in Nairobi into modern and affordable houses for the Nairobi residents to rent or buy,” said the notice.

“The current development is characterised by low-rise housing units occupying extensive lands, which should be optimised by erecting middle to high-rise apartments in line with city planning regulations.”

The houses will be built on land owned by Nairobi County, currently occupied by low-rise dwellings that take up big space but house few people, and are also in poor condition.

With social amenities including schools and health centres lacking in many privately developed housing estates, the areas targeted by NMS are prime.

The first phase of the renewal project is already under implementation with over 3,000 units being put up at Nairobi’s Pangani and Ngara areas.

“The second phase of this project involves development of approximately 62,000 housing units in 10 sites that have so far been identified,” said the agency.

“NMS therefore seeks development partners from the banking industry, pension funds and schemes, real estate developers and other investors to redevelop the properties together.”

It added that the high-rise apartments will be developed on vacant spaces, giving consideration to the occupants of the current houses – an indication that the current low rise units will not be demolished at least until the planned houses are completed and the tenants have alternatives to move to.

“The NMS, based on the existing legal regime governing the mode of partnerships between government entities and private partners as provided under the Public Private Partnership Act, intends to start the second phase of the renewal programme by developing the first 10 old housing estates in a phased approach beginning with vacant sites due to existing tenants and the expansive nature of the estates,” said the notice.

Each of the 10 sites will be treated as a separate project, NMS said.

“Interested financing and development partners are therefore free to express their interest in any of the sites, multiple sites or all the sites. Applicants will therefore need to quote the sites they are expressing interest in, in their ‘Expression of Interest’ applications.”

The housing units will be sold or rented out to “existing tenants within the selected estates, staff of Nairobi City County and NMS and members of the public”.

In the PPP arrangement, NMS together with Nairobi County will contribute land while the firms that are successful in their bids will develop the houses, which will include designing, sourcing for financing and construction of the units.

On completion and sale of the units, the NMS, the county and the company will split the returns, with the company expected to recover the money spent in developing the houses.

“The housing and commercial units constructed shall each have sectional titles, which shall be registered in the joint name of the Nairobi Metropolitan Services, Nairobi City County Government and the JV partner…. shall be transferred to the end buyers of the units on terms to be agreed by the JV partners,” said NMS.

The partner shall be entitled to recover the price that they have quoted in the bid document for each of the units sold while the NMS will receive a certain percentage marked up on the bidder’s price in such a way to make the houses affordable to the end buyers.

Nairobi County had started construction of more than 3,000 housing units under different projects at Pangani and Ngara areas under the first phase of the urban renewal programme.

At Jevanjee Bachelor’s estate in Ngara, the county is constructing 1,800 units in a project expected to take two years and developed through PPP model by Jabavu Ltd, with the county providing land.

Another 1,434 units are being put up along Racecourse Road in Pangani. The project is being undertaken by Technofin Kenya Ltd.

The county plans to give priority to tenants who were previously occupying the low-rise units in acquiring or renting the units once the project is completed.

The tenants were compensated to vacate the houses that were demolished for the project to start.

Under the Big Four Agenda, the government had targeted to construct 500,000 housing units by 2022.

Share thisFacebookTwitterPinterestEmailWhatsAppOfafa Jericho 1963 Rickety Nairobi city estates to fall in Badi’s housing renewal plan A run-down house in Ziwani Estate, Nairobi, that is due to pave way for modern buildings. The Nairobi Metropolitan Services (NMS) is embarking on an ambitious plan to build over 62,000 affordable housing units in Nairobi to ease the strain