Born in Malakal, in what is now an independent South Sudan, Amuch Ajawin moved to the UK when he was three years old. In Juba, he struggles to fit in.

Economic trouble in the West, rapidly expanding African economies and the end of many African civil conflicts are contributing to a rise in the number of African migrants returning to their home countries. Ten of them told their stories to The Africa Report.

1 South Sudan Pilot Amuch Ajawin, 33, was born in Malakal, a town of stubby buildings and mud huts that fans out on the west bank of the White Nile, and grew up in the UK.It was a youthful football injury that indirectly led him to qualify as a pilot and return to South Sudan. He travelled to Jordan to be operated on for a knee injury, where he met people from an aviation academy. Two years later, he qualified as a pilot and found work in Sudan in the years before South Sudan seceded in 2011.

We are encouraged to stay and develop the country

He had not planned to move back to Africa, but the opportunity to be a pilot was a good one. When Feeder Airlines relocated to Juba, the new country capital, Amuch moved too. “It has been very difficult for me,” he admits, saying that he has a low and irregular salary. He also moved his wife and daughter to Addis Ababa, where his wife is from, because of his long absences. “We are encouraged to stay and develop the country because we have been out,” he says.

In April 2012, Feeder went through difficulties, and Amuch has not drawn a regular salary since then. He has been surviving on freelance work, and has found it difficult to bring the experience he gained in the UK to South Sudan. “I have approached ministries and proposed ways of implementing working hours, selecting people that are qualified to do the job and creating company procedures. Some listen and try, but others just look at me, as if to say, ‘Who are you trying to change our system?'”

But he is glad he returned. “I only intended to come back for two years, and now it has been six. It’s worth me staying a couple of years more. I think I have a better chance staying here than returning to the UK.”

When South Sudanese pilot Amuch Ajawin moved back to Sudan after nearly a lifetime living in the United Kingdom, he struggled to fit in.”From the time I moved to Sudan,” he says, “I was treated like a foreigner. I dressed differently, I looked different, I don’t speak the local language, Arabic. To friends and relatives, they knew I was born in Sudan, but that didn’t make me a Sudanese.” According to the International Organization of Migration (IOM), from July 2011 to November 2011, 350,000 people went back to Africa’s newest country when it declared independence. For Amuch, it was the opportunity to further his career as a pilot that took him back to the country where he was born. For others, it was the promise of being reunited with family after decades in the north, as many were there for work or to escape civil conflict. There are 8.8 million African migrants living in Europe, North America and Australia. Small but increasing numbers of Africans are also starting to carve out a life for themselves in Asia and the Middle East, taking advantage of changing economic centres of gravity. Meanwhile, more than half of all African migrants – 13.2 million people – live on the continent itself, according to the Global Migrant Origin Database. Around 1.5 million Zimbabweans have migrated to South Africa in search of work, but after the xenophobic attacks on foreigners in 2011 many returned home. South Africa’s police services say they currently deport around 300 undocumented migrants back to Zimbabwe every day. Emigrants, both within the continent and to the West, are a strong economic force and sent back $60.4bn of remittances last year.

But there has been a sharp rise in the number of people returning to Africa, as business opportunities on the continent increase and the world economy stagnates. “We’ve been seeing an increase in returns from some countries because of job insecurity since the crisis hit,” says Laura Lungarotti of the IOM. One in four Senegalese emigrants returns to Senegal within five years, and more than two-thirds are back within a decade, according to a 2008 study by the Migrations between Africa and Europe project (MAFE-Sénégal). Many returnees want to be close to their families, live amongst their own people, reconnect with their religions or have simply had enough of being ‘foreigners’ in a foreign land. More and more, Africans want to come home to invest in their countries. The opportunities on offer back home are greater, says Nataly Woollett, a 40-year-old psychologist from South Africa who returned home after 15 years overseas. “If you have a good idea and you have momentum and initiative, you can get really involved in ways that you can’t in more developed contexts,” she says. But assimilation after years away can be hard. Tidiane Sow, a mechanic now settled back in his hometown of Dakar, says he often hears people saying he is crazy because he came back from the United States and now spends his time under cars, his hands stained black with oil. “They feel I should be sitting in an office or bringing back a lot of money,” he says.

Read the original article on Theafricareport.com

2.Actress Ade Laoye, 29, had been back in her home town Lagos for less than a year when she pulled off her first Nollywood film. After 11 years in the United States working in theatre in Philadelphia and New Jersey, she decided it was time to move back home. “It meant taking a huge leap of faith and stepping out into the unknown, but opening myself up to a new world of possibilities,” she says with an American accent peppered with the latest Nigerian slang. 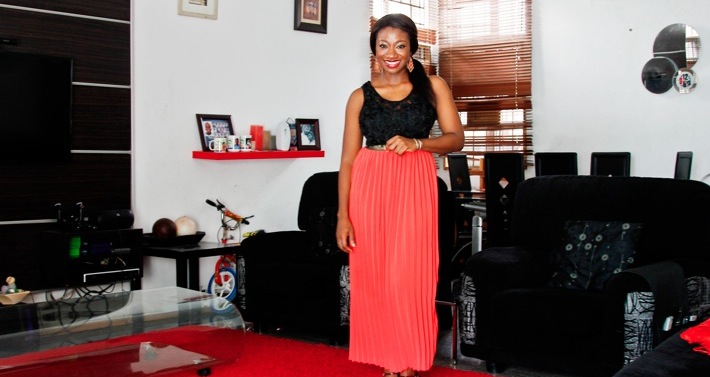 She had felt restless for some time and wanted to make a change. After a short visit to Nigeria, she found herself longing to return. A year later, she bought a one-way ticket to Lagos. But living in Lagos can be challenging, she says. “Here, you have to be way more aggressive and borderline harsh in order to get things done. It’s also hard to find people you can trust, who aren’t just waiting for an opportunity to take advantage of you.”

Laoye’s life is a whirlwind of networking, trying to meet people in the industry who could help her acting career. “I tapped into my own personal network and asked my family and friends for contacts,” she says. “I made many phone calls and sent many emails. Eventually, I started meeting the right people and doors started opening. You also have to always be prepared for anything.”

She finds that the lack of industry rules or a centralised hub for information – as there is in the US – makes work in Nigeria harder. Ultimately, she is glad she returned. When she performed in Lagos, her father was able to see her on stage for the first time. “I’m proud of what I’ve accomplished so far, and I’m certainly looking forward to what’s to come.”

You Just Got Back? Here are some tips for you
Repats fill the malls and restaurants of Lagos, so here are some tips for anyone who has recently returned from the United States or Europe.
When I was growing up, IJGBs – ‘I just got backs’ – were a rare commodity because in the ’80s and ’90s hardly anyone ever ‘got back’. It made far more sense to ‘get away’. Everyone who could and many who could not became IJWGAs: ‘I just wanna get aways’. Life, more or less lived staring down AK-47s and in the absence of working phones, electricity, Zinger Burgers and lattes, was pretty awful. Today, it is a different story. Everyone now wants to be an IJGB. There is now even a fancy name for them: ‘repatriate’ or ‘repat’. Loads of Nigerians have been flooding back, tempted by Facebook photos of D’Banj shows and movie screenings and shopping malls and Lagos weddings. And, of course, by that endless stream of ‘Africa-rising-Nigeria- bouncing’ headlines. We can safely classify IJGBs into two camps: the ‘Temps’ and the ‘Stays’. The Temps come every first week of December, leave just after Christmas and are responsible for the overcrowding of malls, cinemas and restaurants. They are easy to spot: shorts-and-singlet-wear- ing dudes and dudettes wandering around clutching water bottles and complaining about the heat. The Stays are the ones who have moved back for good. They come armed with all sorts: MBAs, non-profit passions, start-up ideas and enough impractical thinking to defuse a nuclear arsenal. It is the Stays the following advice is meant for:

•Life is tougher these days. Once upon a time your accent guaranteed you a job, the sort that came with a company car and apartment. Now you have to compete with homegrown IJGB accents, picked up from MTV, Keeping Up With The Kardashians and Sex and the City.

•Learn Pidgin, and please drop the IJGB accent when speaking Pidgin. Not very many things are more sickening than a gonna-wanna-Pidgin.

•Respect yourself. That means not making a fuss over sums that would be considered chicken change.

•Never forget that this is not and will never be America or London. Drop all the “in America” prefaces to rants and ramblings.

•Eat what you’re given, dammit! If you’re vegetarian, cook and eat at home. Don’t go around complaining how hard it is to find vegetarian pepper soup in town.

•Finally, join an IJGB union. If you’re too busy to face-meet to discuss the tragic impossibility of finding “real coffee” in Lagos, join an IJGB BlackBerry Messenger or WhatsApp group. By Tolu Ogunlesi

Read the original article on Theafricareport.com

Tags: Amuch Ajawin moved to the UK when he was three years old. In JubaBorn in Malakalhe struggles to fit in.http://samrack.infoin what is now an independent South SudanRepats :2 African Diaspora who returned homeshare their experiences
Previous Post