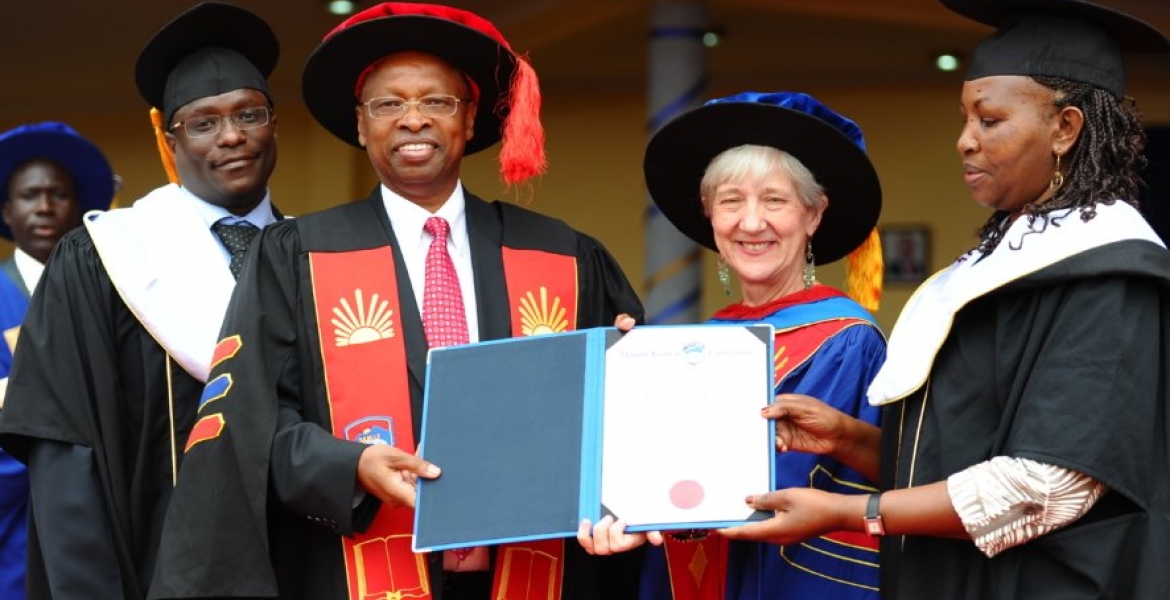 Dr George Njoroge, a US-based Kenyan researcher, made history as the first African scientist to be granted over 100 patents by the American Patent and Trade Office. He is now set to be honored at FACE List Awards on July 14th at Capitale in New York.

Njoroge, a senior research fellow at Eli Lilly and Company and a former director of research at Merck Research Laboratories in the US, attained the fete with a new discovery of novel molecules used in treating viral infections.

The scholar also previously worked at Schering Plough Research Institute (SPRI) after completing his PhD in organic chemistry at Case Western Reserve University in Cleveland, Ohio in 1985. His research works at SPRI mainly focused on the design and synthesis of orally bioavailable molecules for the treatment of viral diseases and cancer.

In 2012, Njoroge was inducted into “Hall of Fame” as the latest Hero of Chemistry by the American Chemical Society (ACS). He played a huge role in the discovery of anti-HCV viral drug Victrelis™, which was approved by FDA on May 13th, 2011 as the first-in-class therapy for Hepatitis C treatment.

He also oversaw the discovery of the second generation HCV protease inhibitor Narlaprevir® that has completed Phase IIb clinical trials.

“Over the years, I have received numerous accolades here in the USA and elsewhere, however, being recognized by an afro-centric organization is just remarkable and makes me dance with joyful exhilaration,” Dr George Njoroge said on being honoured at the FACE List Awards.

He has won several other awards among them the Emerald Award for Professional Achievement in Industry and the Thomas Alva Edison Patent Award for Emerging Therapies.