Protests in Kenya as opposition marks ‘Day of Rage’ 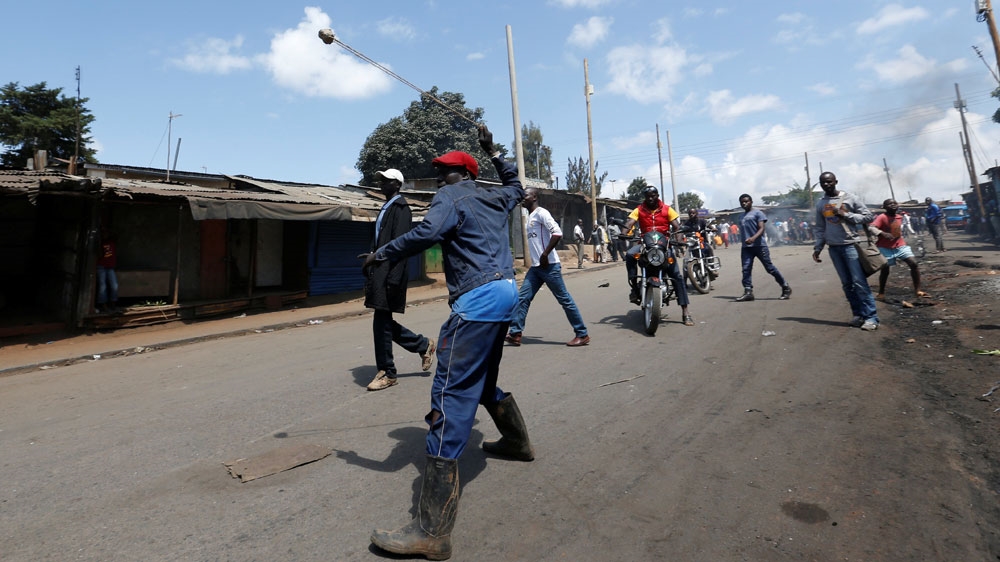 Protests in Kenya as opposition marks ‘Day of Rage’

At least two demonstrators were killed in police firing on Monday, as opposition supporters in Kenya blocked key roads and set fire to tyres in a “Day of Rage” protests aimed at overhauling the country’s election commission.

The Coalition for Reforms and Democracy (CORD) alliance, which alleges that the electoral body is biased towards the president, has been staging weekly protests every Monday.

Protests took place in several towns but in Kisumu, an opposition stronghold in western Kenya, police opened fire before using tear gas and water cannon to quell the protests.READ MORE

Protests in Kenya as opposition marks ‘Day of Rage’ Reviewed by samrack on June 6, 2016 .