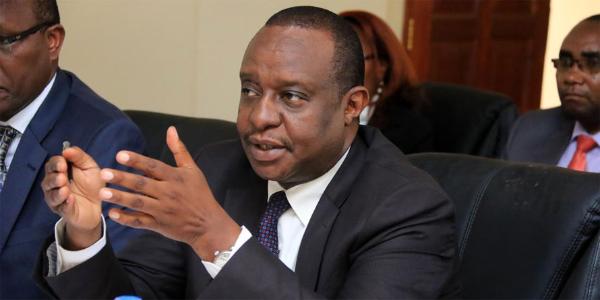 Three public universities are set to expand student accommodation by more than 23,400 beds after the Treasury approved their requests to let private investors build hostels.

“The procurement of the three hostel projects has begun in earnest… competent local and international bidders will be prequalified after the bid submission period which closes February 28,” Mr Rotich said in a statement.

The investors will design, build, finance and operate the hostels for the life of the contract before the ownership reverts to the universities.

The hostels will have furnished rooms, separate study areas and food supply facilities along with tuck shops, the Treasury says.

The approval of the three projects follows a detailed analysis by a consortium of transaction advisers led by the South African consultancy Genesis Analytics.

READ: University of Nairobi plans hostel for 4,000 in deal with investors

The consortium, which also developed the transaction documents, is also expected to oversee the procurement to execution of commercial contract.

It is understood that a number of public universities have also sought the Treasury’s approval for use of PPP to finance hostels for more than 60,000 students. Among are JKUAT, Maseno, Egerton, and Kenya School of Government.

Moi and Kenyatta universities had in 2014 been cleared for such PPP hostel projects.

“We have witnessed tremendous growth of public universities which has put a strain on the budgetary allocations,” said Mr Rotich. “We are keen to partner with the private sector in meeting especially the accommodation needs, were demand outstrips supply.”