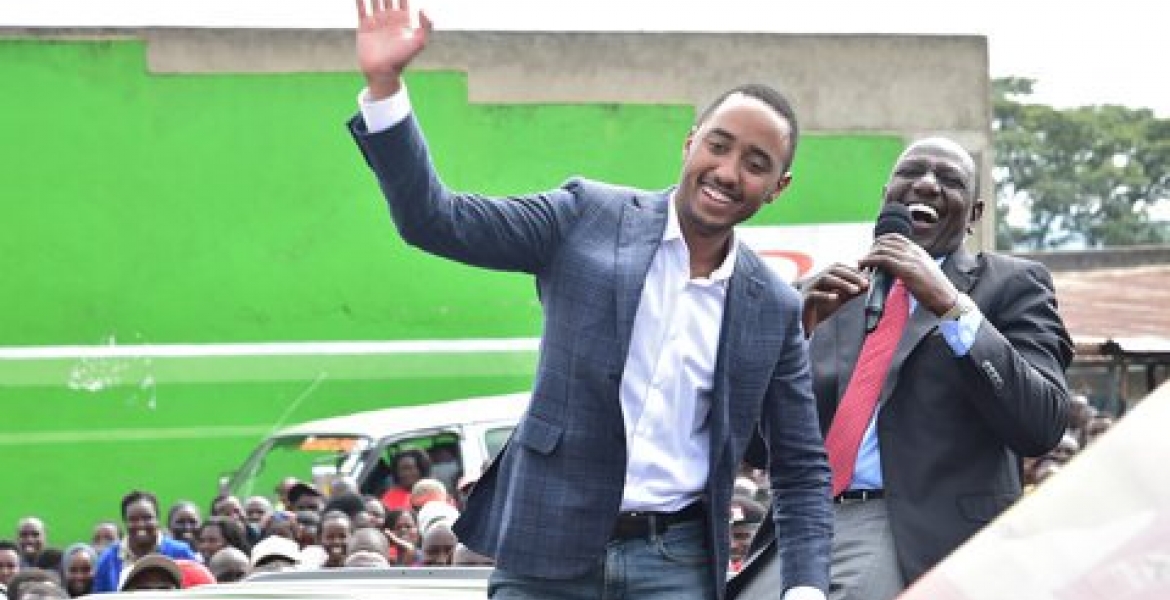 On Sunday, the president’s son was photographed accompanying Deputy President William Ruto in a series of campaign stops in Nandi County. Earlier in the day, Jomo and Ruto attended a church service at Kipsebwo Catholic Church and later addressed a rally at Kaptumo in the County.

Last week, First Lady Margaret Kenyatta took her daughter Ngina Kenyatta in a tour of a village in Kapenguria, West-Pokot County, to meet with mothers and women leaders. The two were welcomed by Governor John Lonyang’apuo and visited several homesteads where Mrs Kenyatta rolled out a mosquito-net distribution exercise.

Last month in a live chat with Kenyans on Facebook, President Uhuru was asked why his children are not actively involved in politics. The Head of State said he allows them choose what they want in life.