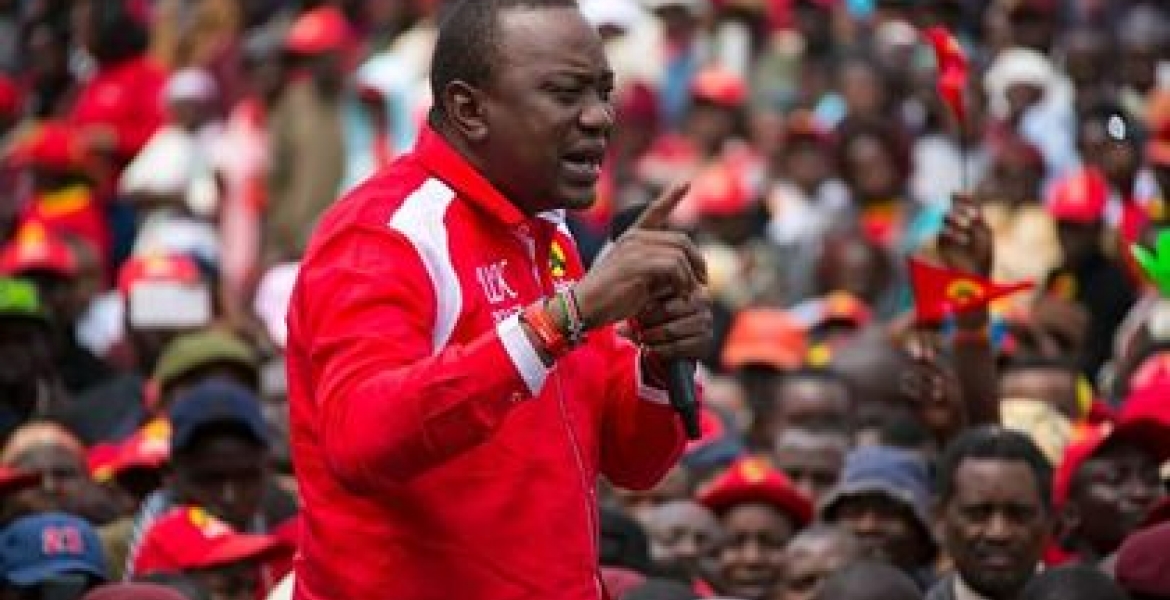 President Uhuru Reacts to the Withdrawal ofRaila from the Presidential Race

Speaking during a campaign stop in Voi, Taita Taveta county on Tuesday, the President said that the election will continue as scheduled despite the withdrawal of the former Prime Minister.

“It is the people rights to elect the leader of their choice whether you are there or not, there is no portion of the Constitution that states that elections cannot be conducted if Raila does not participate,” he added.

Speaking at the same rally, Deputy President William Ruto echoed the sentiments by the President and called for the declaration of Uhuru as President.

The two spoke moments after Raila and his running mate Kalonzo Musyoka formally bowed out of the race for the fresh election ordered by the Supreme Court.

President Uhuru Reacts to the Withdrawal of Raila from the Presidential Race Reviewed by samrack on October 11, 2017 .