Finally, Jomo Kenyatta, President Uhuru Kenyatta’s son has tied the knot with his girlfriend of many days from Nyanza.

The two whom MondayBlues has profiled in the past having good time in public functions had a private traditional wedding over the weekend, a well-guarded a? air that was only attended by family members and close friends.

The ceremony comes only a month after Jomo hosted a ceremony in Nairobi where he introduced his friends to his fiancée.

During the weekend event President Uhuru congratulated the two and pledged his support to the new couple. 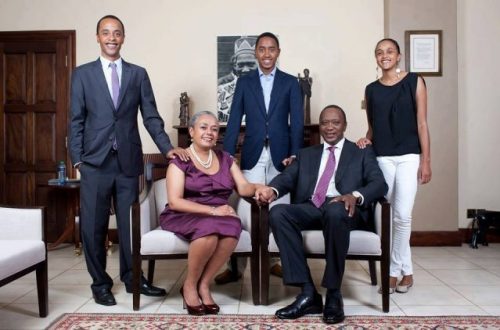 Jomo is speculatively seen as his father’s preferred choice to the throne. He has been attending numerous community events in which he has represented his father.