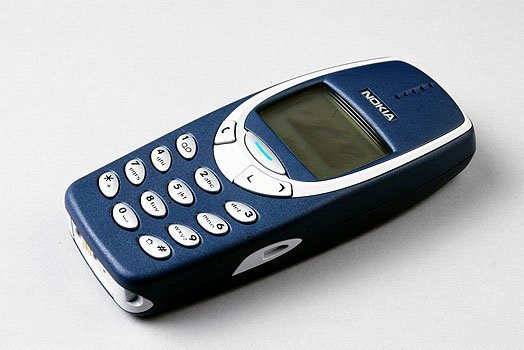 With over 126 million units sold worldwide, it’s one of the most successful phones ever made.

The new 3310, which will feature the same “indestructible” body and long-lasting battery as the original, will retail for Sh6500 and it is expected to ship with software packing the same clock, calculator, reminder app, and games as its ancestor.

The iconic handset featured physical number buttons, a tiny monochrome screen, and a durably bulbous design but that didn’t stop it from breaking sales records.

And that goodwill is the reason why Nokia celebrated the 3310 with a live video tribute on Wednesday.

According to the latest reports surrounding the phone, which comes from VTech, the Nokia 3310 will remain a feature phone but there will be a few changes compared to the original.

For example, it will boast a larger color display, doing away with the 84 x 84 monochromatic display. It will also come in a range of color variants.

An update to the Nokia 3310 is thought to be one of a number of new models that will be announced at one of the world’s largest gatherings for the mobile industry.

The handset could bring a distinctly turn of the millennium flavour to proceedings at the Mobile World Congress (MWC) in Barcelona.

Once the undisputed king of the mobile market, Nokia’s fortunes took a turn for the worse after its decision to support the Windows mobile operating system exclusively.

With stiff competition from iOS and Android, the flagging firm’s handset activities were sold in 2014 to Microsoft to allow Nokia to focus on mobile network equipment.

But the Finnish company behind the latest models of Nokia, HMD Global, may be hoping to cash in on nostalgia to help its new handset compete with more high-tech offerings from smartphone favourites like Apple and Samsung.
Source: http://nairobinews.nation.co.ke/

Share thisFacebookTwitterPinterestEmailWhatsAppThe Nokia 3310. PHOTO | COURTESY POPULAR CELL PHONE NOKIA 3310 SET TO BE RELAUNCHED Nokia 3310, the 2000-era cell phone successor to the popular Nokia 3210, will be relaunched in the coming days. With over 126 million units sold worldwide, it’s one of the most successful phones ever made. The new 3310, which