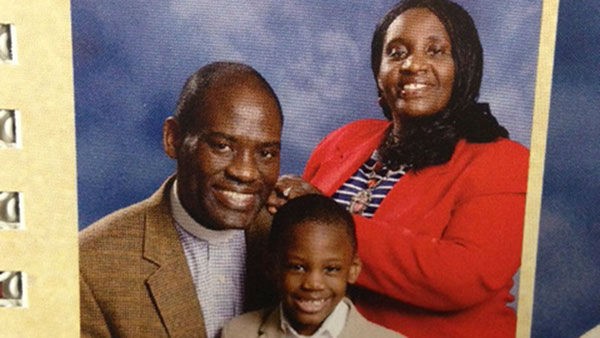 Kampala. Police in Houston, Texas, USA are investigating the death of a Ugandan and two members of his family.
The website, www.click2houston.com reported yesterday that Rev Israel Ahimbisibwe of the Episcopal Church of the Redeemer was on Monday morning found dead alongside his wife, Dorcus and their five-year-old son.
Their bodies were discovered by Houston Fire Department firefighters in their apartment on 800 block of Strey Lane, south of Memorial City Mall, after concerned church members said the reverend did not show up for afternoon Sunday service and did not return either calls or messages to both his phone and pager.
Houston police said all three victims had been beaten to death. Detectives did not say how long the bodies had been inside the apartment but did say there were no signs of forced entry.
“This is a horrific and awful tragedy,” Bishop C. Andrew Doyle, Bishop of Texas, said in a statement. “We are in touch with the police and Israel’s family here in Houston. Please keep the Ahimbisibwe and Redeemer families in your prayers.”
It has been revealed that another son who was staying with the couple did not attend school last Thursday, raising suspicion that the family was killed the day before.
Ahimbisibwe was ordained a priest in the Church of Uganda and held master’s degrees from Princeton Theological Seminary and Harvard Divinity School. He earned another master’s and doctorate from Rice University after completing graduate research at Hebrew University in Jerusalem.

Pastor, wife, their son found dead inside west Houston apartment(VIDEO) By Henry Lubega & Agencies Kampala. Police in Houston, Texas, USA are investigating the death of a Ugandan and two members of his family. The website, www.click2houston.com reported yesterday that Rev Israel Ahimbisibwe of the Episcopal Church of the Redeemer was on Monday morning found dead