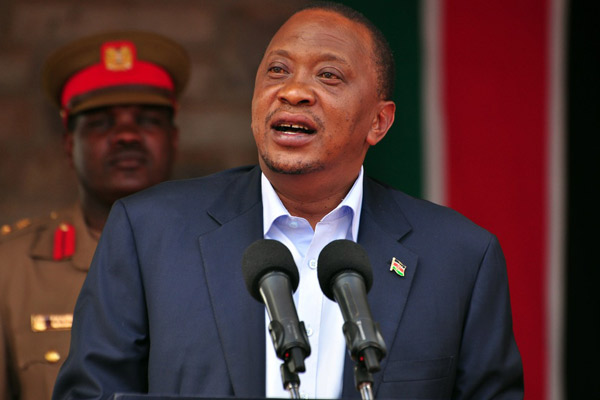 President Kenyatta called on the group and all Kenyans to continue praying for the country.

The group including Senators and Members of the National Assembly were meeting the President ahead of this year’s National Prayer Breakfast to be held on May 28th.

The chairman of the group, Mathioya MP Clement Muchiri Wambugu, said preparations for the National Prayer Breakfast, which is usually held on the third Thursday of May, were in high gear.

Wambugu requested the President to include the annual inter-denominational prayer in the national calendar since it has become a regular event.

President Kenyatta called on the group and all Kenyans to continue praying for the country.

He said he would support the organisation of the event. Speakers at the event, who included former chairmen of the group, said President Kenyatta has been a regular supporter of Parliament’s fellowship group from the time he was the MP for Gatundu South.

Those who attended the breakfast prayer meeting included Cabinet Secretaries Joseph Nkaissery (Interior) and Jacob Kaimenyi (Education). Nkaissery was an active member of the group before he was appointed CS.

Business personalities, who are associates of the Parliamentary group, also attended the meeting.

President Kenyatta called on the group and all Kenyans to continue praying for the country. Please pray for Kenya, urges President Uhuru NAIROBI, Kenya, Apr 15 – President Uhuru Kenyatta on Wednesday hosted members of the Parliamentary Prayer Fellowship Group at State House, Nairobi. The group including Senators and Members of the National Assembly were