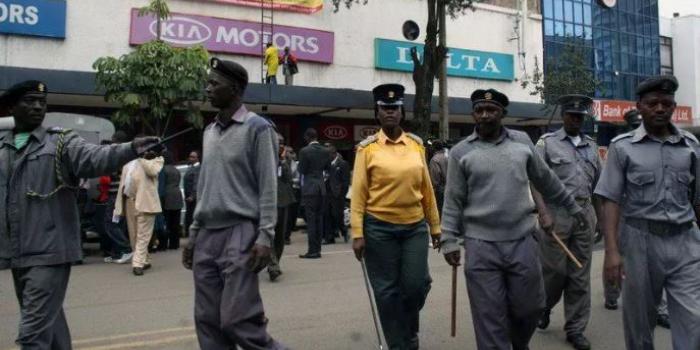 The 25 diplomats were heading to the Kenya Medical Research Institute (KEMRI) Head offices when County inspectorate officers blocked the Institute’s gate, denying access or exit to visitors due to a Sh120 Million row pitting the City Government against KEMRI.

After a two-hour stand-off, police officers reportedly intervened forcing the askaris to unblock the way to allow the visitors into the research premises.

The Nairobi Government accused the Research Institute of failing to remit Sh120 Million which KEMRI had reportedly collected after getting a contract from the County to issue health certificates to food vendors.

As KEMRI officials and the County Government were involved in talks over the dispute, a different group of City officials invaded the compound, this time for failure to pay Sh2.5 Million  in land rates.

The Institute later complained over the two incidents terming it a frustration to its visitors who included officers from US embassy and Centre for Disease Control (CDC).

Earlier in the year, the County Government descended on Kenya Broadcasting Corporation (KBC) blocking all its entries and parking areas due to rate arrears of up to Sh2 Billion.

The government mounted billboards and a banner informing the public that it had taken over management of the building that houses KBC until the arrears were settled.

PHOTOS: American Diplomats Frustrated by ‘Kanjo’ Reviewed by samrack on May 19, 2016 .