by samrack
in Charity, Education, News, Sports
A A
0

The iconic Boston Marathon that takes place on the Commonwealth of MA’s Patriot’s Day is an important event for many Kenyans in the Diaspora. Many patriotic Kenyan nationals gather together to cheer the winners, who in most cases are fellow Kenyans. In this year’s event, that took place on Monday April 20th, the Kenyan Ambassador to the US accompanied by several Members of Parliament attended. While most Kenyan people came to cheer the elite winners, who would get attractive rewards, a group of committed cheer leaders came together and waited for hours in the rain for Team Kaleo to finish the long and tiresome race. The seven member team which was led by Rev. Carl Phillip Kihato, was not running to win or get medals but to raise funds for Kaleo Bible College. 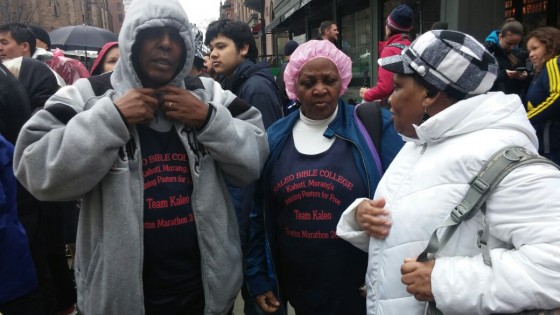 The College, which Pastor Kihato founded last year, is a full Christian academic institution offering theological education and training to Pastors and Christian Leaders at a very low and affordable cost. It mainly targets the rural Christian Ministers who have little or no chance of ever attaining any quality training and/or education due to inability to raise funds. The mission of the College is “to train those who are called by God to effectively and efficiently equip God’s people for works of service,” so that the body of Christ may be built up until we all reach unity in the faith and in the knowledge of the Son of God and become mature, attaining to the whole measure of the fullness of Christ (Eph. 4:12-13). 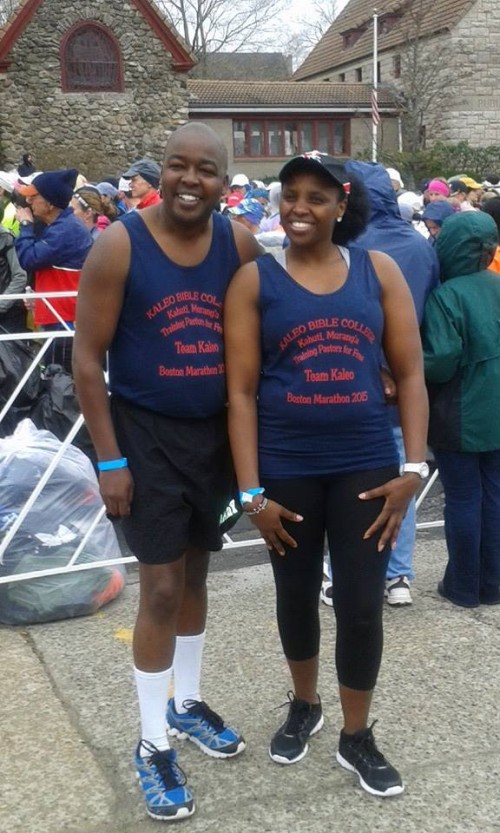 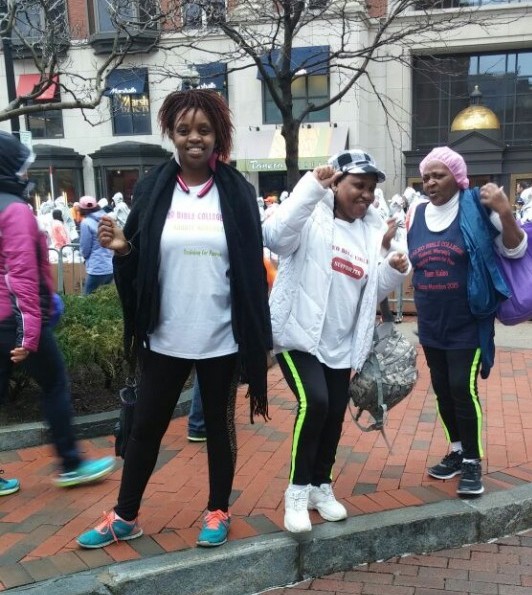 Many people living in the Diaspora were eagerly waiting to hear if the renown Pastor would finish this tough race. Samrack.com, a favorite Diaspora news media site had earlier this month published an article on this (https://www.samrack.com/?p=2573). That is how many people learnt about it.

Pastor Kihato confessed that this was one of the greatest challenges in his life. Upon reaching Boston at around 4.10 PM, all the way from Hopkinton, he wrote with a light touch to his supporters in a WhatsApp group, “I need an ambulance to take me home. I can barely walk”. After finishing, the team was treated with refreshments at the famous Lenox Hotel in Boston. 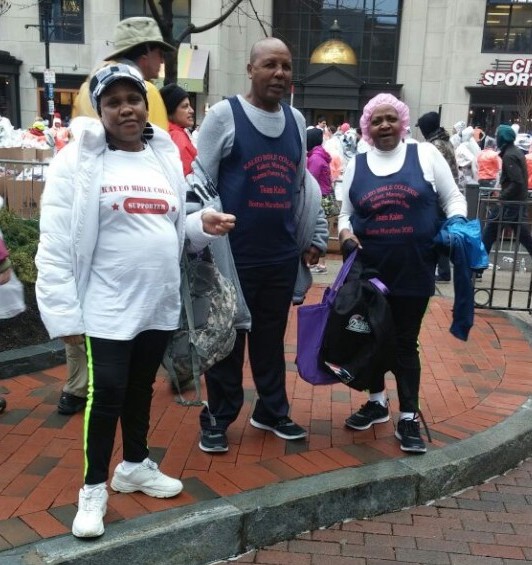 Rev. Kihato is currently the Senior Pastor of ANTOR Christian Church in Rockland, MA (www.antorchurch.org). He is also an active and qualified Chaplain in the United States Army Reserves attached to the 719th MCB in Brockton, MA. He is also a CPE Chaplain Intern at the New England Baptist Hospital in Boston, USA and has in the recent past served in the leadership of the Kenyan American Pastor’s Fellowship (KAPF) in New England.

He has in the past had similar adventures. In July 2007, while on duty at Fort Carson, CO, he hiked Pikes Peak, a mountain in Colorado Springs, CO, a total of 13 miles. In 2008, while on duty at Hohenfels, Germany, he went on a bike ride to a town known as Kallmunz for 25 Kms. In 2011, while attached to a Ranger Training Brigade at Fort Benning, GA, he went on a 12 mile road march, though he only did 6 miles.

He has declared that next year, he will be running in the same event but as a registered participant. A few clergy members in the NE region have vowed to join him for this cause next year. These include Rev. Cyrus Irungu of St. John’s Anglican Church, Leicester and Rev. Joseph Waiyaki, the Executive Secretary of the Kenyan American Pastors’ Fellowship.

Donations for the College can be deposited in their account at Eastern Bank # 405858085. Checks can also be sent to 55 Lewiston St, Brockton, MA 02302 or given online at www.gofundme.com/kaleo.