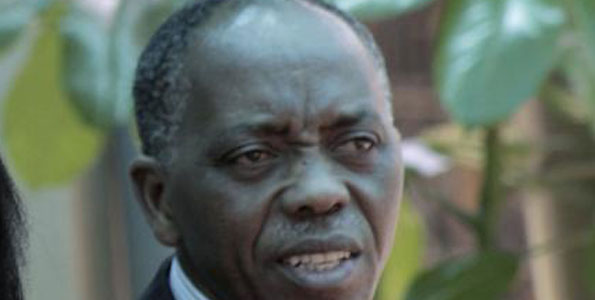 President Uhuru Kenyatta’s chief of staff Joseph Kinyua is likely to be grilled over the hiring of private law firms during the sale of Telkom Kenya without seeking the consent of the Attorney General.

MPs yesterday directed the Ethics and Anti-Corruption Commission (EACC) to identify Treasury officials who were involved in the sale of the former telecommunications giant to French company France Telecom.

As the Ministry of Finance permanent secretary during the transaction, Mr Kinyua was the chief accounting officer and is therefore likely to face the EACC investigators.

“The then accounting officer Ministry of Finance should be held accountable for failure to follow due process of the law in engaging legal consultants since this was contrary to Section 17 of the Office of the Attorney General Act, 2012 and government circular No. AG/1/2005 of June 29, 2005,” says a report by the Public Investment Committee (PIC) endorsed by MPs.

The committee also recommended that the EACC probes the Treasury and all officials in the Ministry of Information and Communications who were involved in the privatisation, recapitalisation and restructuring of the balance sheet of Telkom Kenya from the year 2007 to date.

France Telecom initially acquired a 51 per cent stake in Telkom Kenya in 2007 but the government’s stake in the company has since dropped to 30 per cent through a series of transactions that are now the subject of the MPs’ investigation.

READ: Orange back to drawing board as buyout bid flops

The EACC will also be required to investigate the ownership, identity, legal existence and location of Alcazar Capital Limited to ascertain their role in the privatisation and subsequent sale of Telkom Kenya during recapitalisation.

PIC also called on EACC to investigate the true ownership, identity and the legal existence of Orange Participations, S.A and Or EA S.A.

MPs supported the report and challenged the anti-graft agency to move with speed in its probe. The Cabinet approved the privatisation in 2007 without the Ministry of Finance conducting valuation of assets to ascertain the required recapitalisation.

“The telecommunications assets were many acres of land in all counties and equipment whose value cannot be estimated. Some Kenyans enriched themselves by selling assets following the closure. When the government shareholding was reduced from 49 to 30 per cent, taxpayers lost Sh66 billion in shareholding value,” said PIC chairman Adan Keynan.