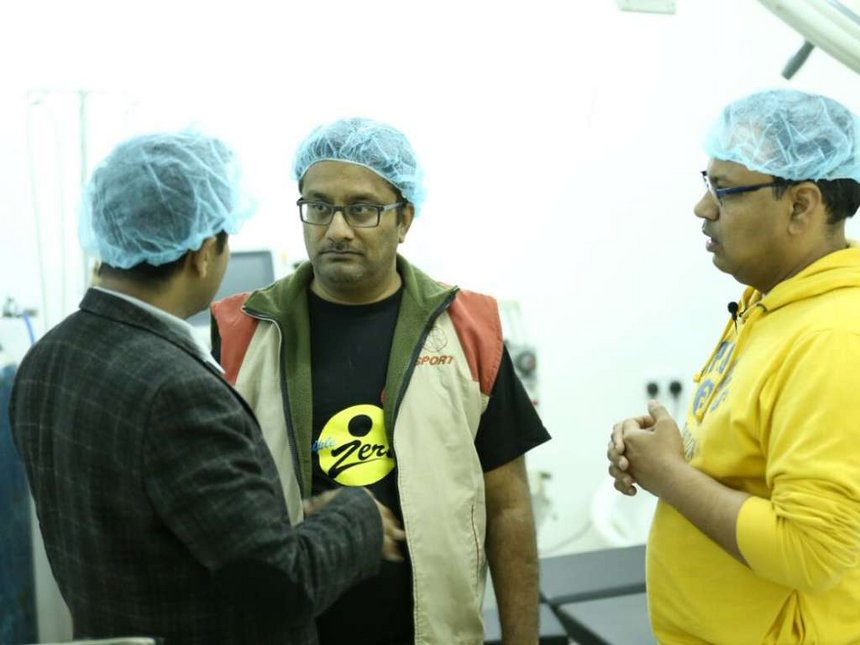 Some of the doctors to lead in a kidney transplant at Mbagathi hospital. /COURTESY

Doctors and Kenyans on Twitter have chided Governor Mike Sonko for inviting Indian doctors to conduct a kidney transplant at Mbagathi hospital.

The presence of Indian doctors was revealed after Sonko, on his twitter page, asked those with kidney problems to visit the facility.

He had toured the hospital ahead of the transplant scheduled for this week.

“A visit by county officials to Mbagathi Hospital where the first kidney transplant will take place this week. Lead surgeons from India will train local doctors so that they can carry on with the operations,” read Sonko’s tweet.

Read: Inside the kidney transplant theatre at KNH

But this did not go well even with medical practitioners and KOT who trolled the governor for misleading Nairobi residents.

Dr Mercy Korir said: “Why lead surgeons from India yet we have competent Kenyan surgeons (urologists) who have been doing kidney transplants in this country for many years?”

Oluga said: “We have surgeons who perform this operation right here in Kenya. This theatrics won’t make our system better. Addressing the real problems facing Mbagathi and workers’ will!” We’ve been doing Kidney transplants for a while now. Karibu!”

Another user said doctors from Moi Teaching and Referral Hospital could train doctors at Mbagathi to do the transplant.

“The best and first thing to do would be to look at the state of the hospital,” he said.

“Bruh, First, Don’t lie to Us. Kidney Surgeries have been happening in Kenya for a very Long time. Unless you mean they will be training Sonko Rescue team ndio wakuwe wanamug hadi Kidneys,” @ItsBrian said.

While another user wondered whether a kidney transplant was possible in the country, he questioned if whether it would be done on the right patient after an incident where doctors at KHN conducted a brain surgery on the wrong patient.

@chegebonie said: “That looks like a butchery to me..rusty equipment and stained floors!!, I know your intentions are good but hey, get some cleaning done on those http://things.It wouldn’t cost a fortune to repaint those things. I can donate some spray paints.”

@carjon said: “This is how we end up having half-baked Surgeons hence putting lives of fellow citizens at risk. Surgeons should go back to school and learn or else hire trained ones. sio kucheza na kidney za wakenya kama carburettor!”

Another user asked the governor whether he was aware of how the facility is devastated, with no mosquito nets, walls, floors need repair amid efforts to make the facility more friendly to the patients.