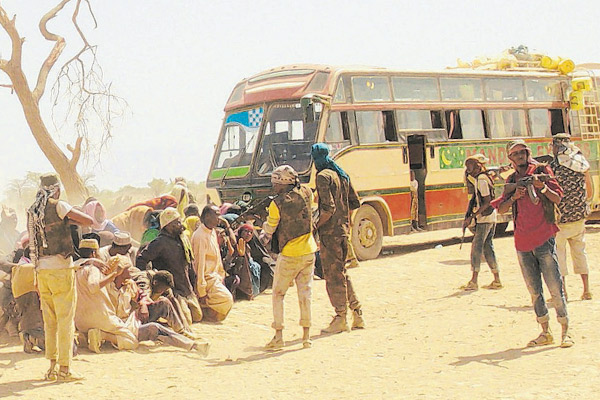 Kenyan film, Watu Wote, has missed an Oscar for the Best Live Action Short Film category during the award’s 90th ceremony held on Sunday night at the Dolby Theatre in Hollywood.

The award in that category went to The Silent Child, a film set in rural England about the life of a deaf four-year-old girl.

Watu Wote was based on a true story where Muslim passengers in a bus shielded their non-muslim counterparts from an attack by Al-Shabaab militants as they were travelling to Mandera from Nairobi in December 2015.

Apart from the winning film, the Kenyan Oscar entry was battling it out with DeKalb Elementary, The Eleven O’Clock and My Nephew Emmett.

Kenya’s superstar Lupita Nyong’o made an appearance on stage alongside Pakistani-American stand-up comedian and actor Kumail Nanjiani to award the Best Production Design.

While making a case for immigrants, the Black Panther star received wild applause when she announced that “I’m from Kenya”.

The cheers seemingly caught Kumailn by surprise as he exclaimed: “Kenya’s in the house?” to more cheers and laughter.

Lupita is the only Kenyan who has ever won an Oscar so far, having scooped it under the Best Supporting Actress category for her role in 12 Years a Slave in 2014.

Once the toast of Los Angeles for the Lakers, he is now a Hollywood A-lister with an Oscar.

Nearly two years after leaving the NBA, the 39-year-old Bryant won the Academy Award. “Thank you, Academy, for this amazing honour. Thank you, John Williams, for a wonderful piece of music,” Bryant said.

In a sardonic reference to an attack by Fox News presenter Laura Ingraham against basketballers expressing their political opinions, he said he thought NBA stars were “really supposed to shut up and dribble.”

“I’m glad we do a little bit more than that,” he added.

Awards prediction website Gold Derby had Bryant as the odds-on favourite to win the Oscar for best animated short, but his triumph is unlikely to please everyone.