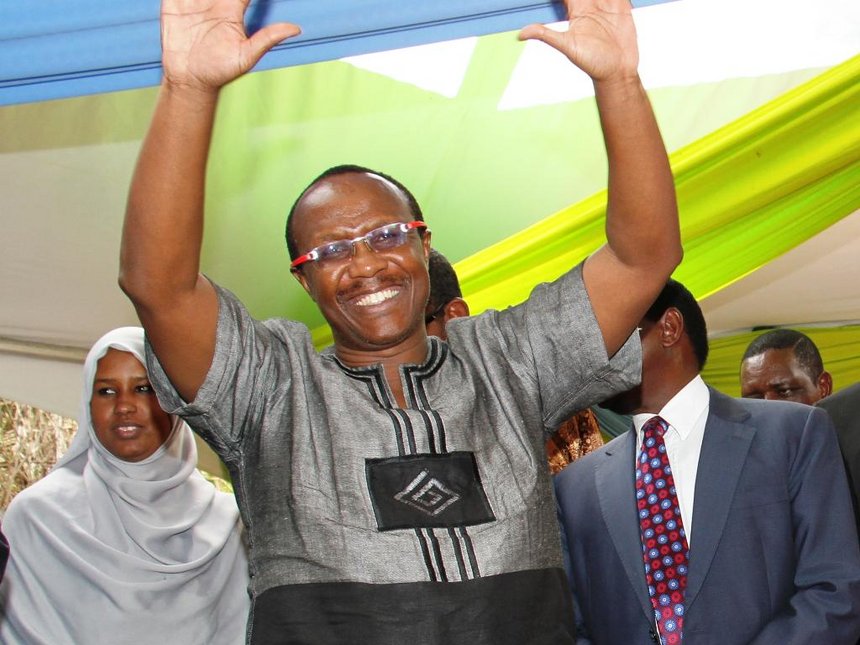 Nasa strategist David Ndii waves at supporters at the colaiiton’s Okoa Kenya office in Nairobi after its principals signed an agreement on the August 8, 2017 general election, February 22, 2017. /JACK OWUOR

Nasa strategist David Ndii left Kenyans on Twitter discussing the essence of tribal affiliations when he renounced his Kikuyu birthright.

“Dear #uthamaki, I’ve had enough of appeal to ethnic solidarity. I hereby renounce my Gikuyu citizenship. Consider me a Jaluo and let me be,” he said.

Some of the Kenyans on Twitter who reacted to his message said there was nothing meaningful about being a member of any community. Others asked him to withdraw his statement and keep fighting against electoral injustices.

Benji Ndolo said: “No, just remain a Kikuyu but a reasonable and rational one. One day useless ethnic tensions shall end.”

Bonie Chege wrote: “The other day someone assumed the imaginary presidency now you have assumed a fake identity. These are some of the positive effects of weed! Kindly share your supplier’s contact.”

Nasa leader Raila Odinga, who boycotted the October 26, 2017 presidential re-run after alleging rigging, had himself sworn-in as the People’s President on January 30.

Twitter user ‘@Gseedforever’ said: “Rebellion and bitterness is a slave spirit. Instead be at peace [as it] transcends human understanding.”

Francis Ngugi said ethnic solidarity is only called upon to acquire, concentrate and retain power.

“This is only beneficial to the elites. Judging by the tweets, it may seem the bigger problem is the surname of the person in power rather than a change in the mindset of the persons in leadership.”

He added: “What benefits does one get by being Kikuyu or Luo or Turkana? What prejudice does one suffer for belonging to one and not the other so as to make a big deal out of one’s ancestry?”

Do tribes matter, KOT ask after David Ndii ‘stops’ being Kikuyu Reviewed by samrack on March 5, 2018 .