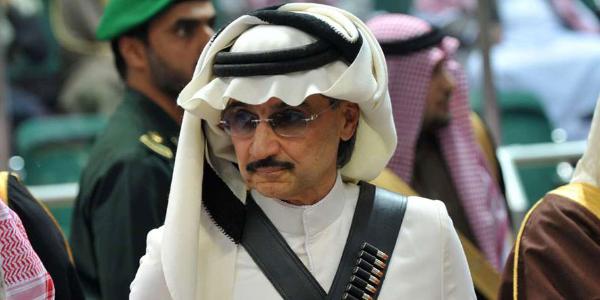 The owner of Nairobi Norfolk Hotel, dollar billionaire Prince Al-Waleed bin Talal, is among high-ranking Saudi officials arrested in what authorities claimed was an anti-corruption crackdown.

Mr Al-Waleed, one of the world’s richest men, is among 11 princes and 38 former government ministers, deputies and businessmen being held in five-star hotels across the capital Riyadh.

A serial investor in top global luxury hotel chains, the prince has in the past 30 years single-handedly built up a fortune worth $20.4 billion (about Sh2.1 trillion) according to Bloomberg.

Its stable of local hotels include the Fairmont Mara Safari Club and Fairmont Mount Kenya Safari Club. The three iconic hotels, collectively boast of 290 guestrooms and suites, 51 luxury tents and over 10 food and beverage outlets.

Grandson of the founder of Saudi Arabia, Mr Al-Waleed was born in Riyadh in March 1955, but his fortune is reportedly not credited to oil or inheritance.

“We are a very diversified holding company,” said Mr Alwaleed with a local publication in a previous interview in 2012.

His investment firm, Kingdom Holdings, has snapped up for a song shares in the world’s most famous brand names including Apple, Disney, Fairmont and Four Seasons.

Saudi Arabia’s Attorney-General said the actions carried out by the supreme anti-corruption committee, which was formed by order of King Salman, the Crown Prince’s father, on Saturday, were undertaken “as part of the state’s judicial duty to combat corruption”.

“The suspects are being granted the same rights and treatment as any other Saudi citizen,” said Sheikh Saud Al Mojeb, the Attorney-General.

He vowed “a firm application of justice”, calling the operation “part of an overhaul to ensure transparency, openness and good governance.”

Some are calling it a power grab by Mohammad bin Salman, who has been effective head of government since King Salman appointed him crown prince in June 2017.

The Saudi information ministry also said the government would seize any asset or property related to the alleged corruption.

Norfolk owner prince Al-Waleed arrested in Saudi ‘graft’ swoop The owner of Nairobi Norfolk Hotel, dollar billionaire Prince Al-Waleed bin Talal, is among high-ranking Saudi officials arrested in what authorities claimed was an anti-corruption crackdown. Mr Al-Waleed, one of the world’s richest men, is among 11 princes and 38 former government ministers, deputies and businessmen