Fraudsters hit National Bank of Kenya on Wednesday and stole Sh29 million, the lender has confirmed.NBK made the confession Friday via Twitter.

“We confirm that there was an attempted fraud in normal course of business on 17th January but the bank’s monitoring and security resources frustrated the attempt,” said the bank in a statement.

“The amount of attempted fraud is about 29 million and we have confidence that we will recover all the cash.” 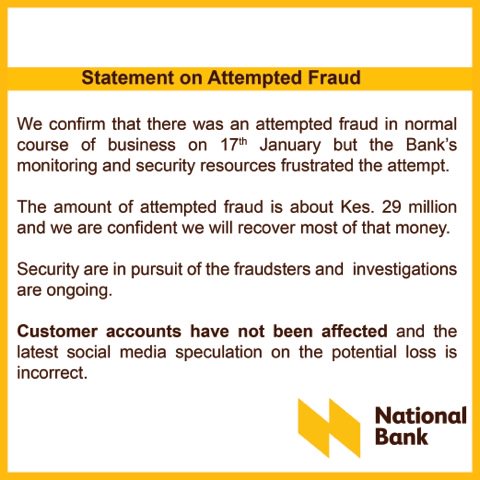 The statement added that security forces were in hot pursuit of the fraudsters and investigations are ongoing.

The lender added that “customer accounts have not been affected” and that the “latest social media speculation on the potential is incorrect”.