NASA locked out of swearing-in venue 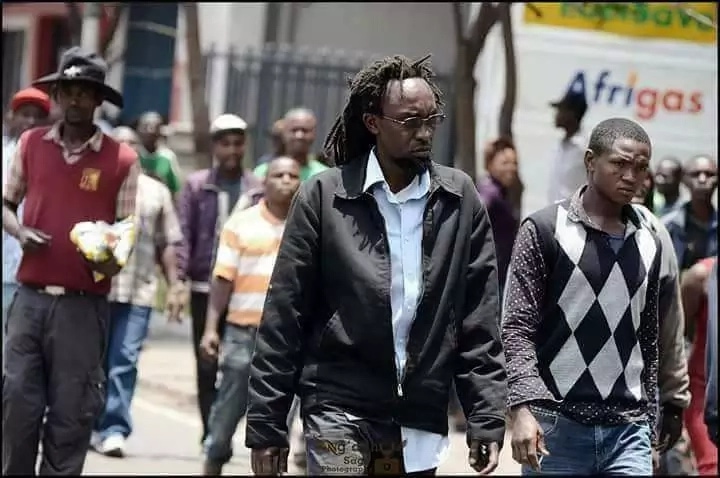 NASA locked out of swearing-in venue

National Super Alliance (NASA) coalition has been locked out of Uhuru Park where it planned to hold its controversial inauguration ceremony – A group dubbed Nairobi Business Community plans to use Uhuru Park on January 30, the same day NASA intends to swear in Raila Odinga and Kalonzo Musyoka at the venue – Nairobi county official has confirmed that they had received two applications requesting to use Uhuru Park on January 30 – Addressing supporters in Mombasa on Sunday, January 21, NASA principals said the oath-taking ceremony will go on as planned should dialogue with President Uhuru Kenyatta fail A deadly showdown looms as two groups book venue where the National Super Alliance (NASA) plans to hold its swearing-in ceremony on January 30, 2018.

Tuko.co.ke has learned that the infamous group dubbed Nairobi Business Community and a church had applied to use Uhuru Park the same day NASA leaders intend to use the venue. Send ‘NEWS’ to 40227 to receive all the important breaking news as it happens Nairobi county government official on Sunday, January 21, confirmed that they had received applications from two groups requesting to pitch tent at Uhuru Park on January 30.

Chairman of the so called Nairobi Business Community, one Wilfred Kamau, also confirmed that they had been granted permission by the county government to use Uhuru Park on January 30. According a report by Daily Nation, the two groups, the business community and a church, were expected to deposit their payment by Monday, January 22. READ ALSO: Raila Odinga rehearses swearing-in oath in Machakos The National Super Alliance leaders, from left Moses Wetangula, Raila Odinga, Kalonzo Musyoka and Musalia Mudavadi, vowed to proceed with swearing-in on January 30. Photo:Lulu FM. In its application to use Uhuru Park, the business community indicated that it was planning to provide free medical services to street children. They are specifically targeting those who would like to be circumcised. Meanwhile, NASA coalition principals are determined to proceed with their inauguration event at Uhuru Park as had been planned. It is not yet clear whether NASA had paid for the venue or not. READ ALSO: Kenya will be like South Sudan and Somalia after January 30 – Kalonzo Musyoka Addressing supporters during their second People’s Assembly consultative forum in Mombasa county on Sunday, January 21, NASA leaders reassured their supporters that they are set for the forbidden oath. The coalition urged its supporters from across the country to turn up in large numbers at Uhuru Park on January 30, 2018, early in the morning, to witness the coronation of Odinga and Musyoka as the people’s president and deputy president respectively. READ ALSO: Raila vows to form parallel government even from exile, denies he disagreed with co-principals on swearing-in Regarding dialogue, NASA gave President Uhuru Kenyatta one week ultimatum to make up his mind, insisting that dialogue on electoral justice is the only thing that will stop its planned parallel swearing-in.

NASA locked out of swearing-in venue Reviewed by samrack on January 22, 2018 .