Coming second after Johannesburg is Cape Town at $155 billion with Cairo coming third at $140 billion. In fourth place is Lagos at $108 billion followed by Durban at $55 billion.

In seventh place is Luanda at $49 billion followed by Pretoria, Casablanca, and Accra at $48 billion, $42 billion, $38 billion respectively. Mombasa ranks 23rd with wealth valued at $8 billion.

According to the report, the individual wealth of Africans is currently at $2.3 trillion and is expected to grow to $3.1 trillion by 2027. In addition, 19,000 Africans became dollar millionaires over the last decade.

“The continent’s wealth is agglomerating in a number of urban clusters, in the south, east and west. Wealth is collected in a few other places – isolated capitals and mini-clusters stretching from Morocco down to Angola. […] By 2100, 13 of the world’s 20 biggest megacities will be in Africa.” writes Frank Jacobs on Big Think.

According to Visual Capitalist, Africa is turning into financial and entrepreneurship hub which could mean that an economic boom on the continent is imminent. 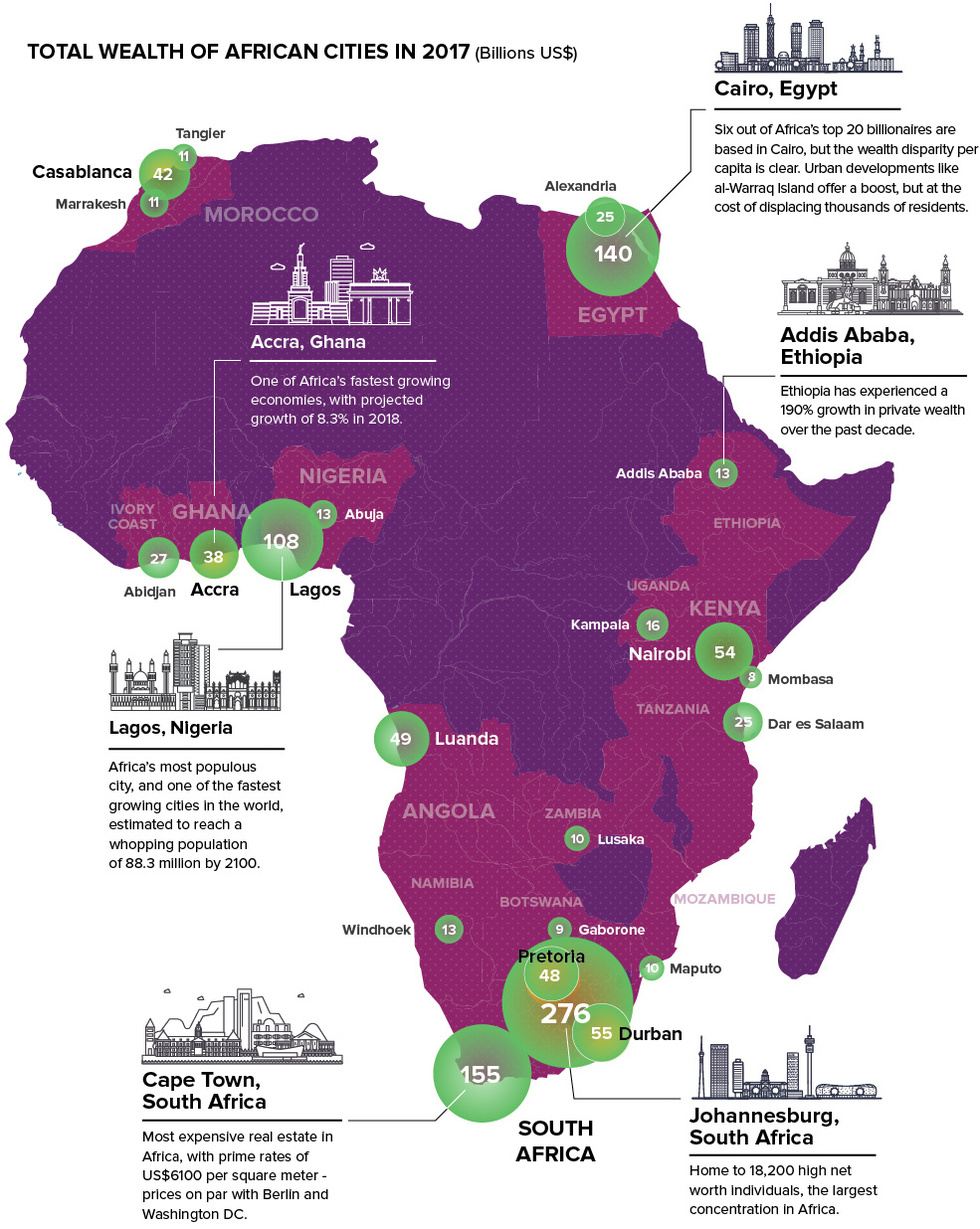 The report further notes that there are 24 billionaires living in Africa, each with net assets of US$1 billion or more.

Kenya’s $800 million flower market is seeing a boost, thanks to China