Nairobi Hospital in search of CEO to replace Mailu 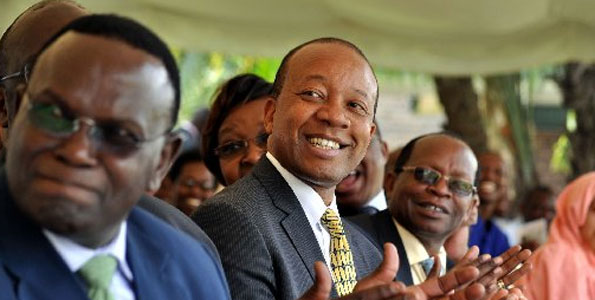 Nairobi Hospital in search of CEO to replace Mailu

The Nairobi Hospital has kicked off the recruitment of a substantive chief executive officer to replace Cleopha Mailu, who was last year appointed the Health Secretary.

The hospital’s board of directors has engaged consulting firm KPMG to hire the next head of the institution.

President Uhuru Kenyatta appointed Dr Mailu as the Health Secretary in December as part of a cabinet reshuffle when some ministers were dropped after being mentioned in corruption cases.

Since then Dr Ravi Bowry, a radiologist, has been Nairobi Hospital’s acting CEO.

“The hospital is seeking to recruit a high caliber, results oriented, experienced and highly skilled individual for the position of CEO,” states the advert by KPMG.
The premium hospital is seeking an executive with a degree in any filed, strong financial management orientation, expansive knowledge of the health sector as well as advanced business skills.
Candidates are also required to have at least 10 years’ experience in management experience. The deadline for applications is March 18.
“The role holder is responsible for leading the development and execution of the Hospital’s long and short-term plans and is ultimately responsible for all day-to-day management decisions,” said KPMG.
During his questioning by MPs ahead of being confirmed to the CS job, Dr Mailu revealed that his salary at the 62-year-old hospital was Sh5 million, indicating the lucrative nature of the position.
The CS holds a Bachelor of Medicine degree from the University of Nairobi and a Master of Science degree in genetics from the University of Glasgow.
He led Nairobi Hospital for more than a decade from 2003.
The new chief executive will be expected to continue a Sh10 billion expansion project launched three years ago by Dr Mailu.
Nairobi Hospital’s seven-year expenditure plan, to be implemented in four phases, will see the hospital set up 16 specialised treatment units covering mostly kidney and lung ailments.
Once the project is completed, the hospital expects to have doubled its bed capacity to 750 and also have several new satellite branches.
Major hospitals have in recent years taken positions to get a slice of the millions of shillings that citizens spend every year on specialised treatment in places such as India.
The Aga Khan University Hospital, Avenue Group, Coptic Hospital, Kenyatta University, and AAR Health Services have all launched multibillion shilling expansion plans.
Increased capacity will help these medical facilities cater to the growing middle class in Rwanda, Burundi, Tanzania and Uganda that traditionally seek medical care in Kenya.

Nairobi Hospital in search of CEO to replace Mailu Reviewed by samrack on March 11, 2016 .