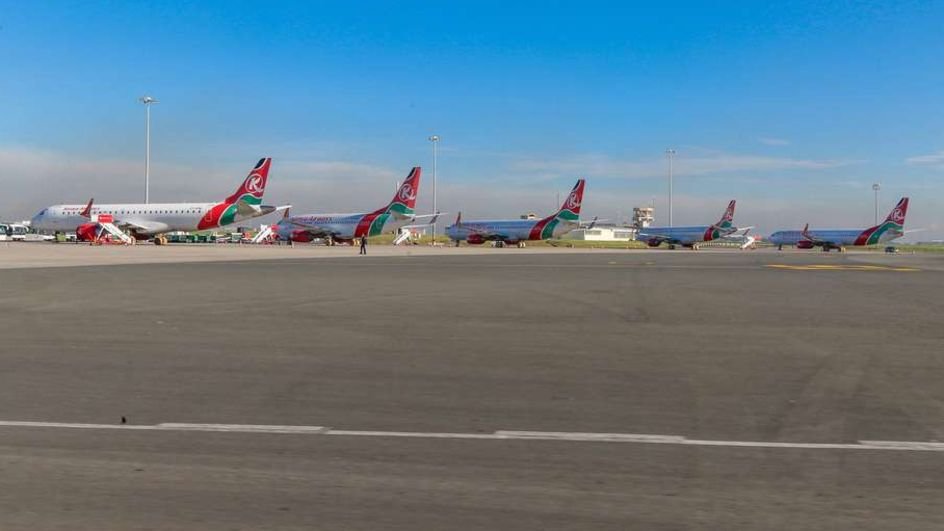 Kenya Airways’ (KQ) shares have been suspended from trading on the Nairobi bourse for three months as the process of State takeover enters a crucial stage.

Nairobi Securities Exchange said in a Friday morning statement that KQ had applied for the suspension.

This will also see the airline’s share register closed until the resolution of its future is determined.

“The company’s operational and corporate restructure and Government buy-out is now imminent following the publication of the National Management Aviation Bill, 2020, on 18th June 2020,” said NSE.

“Consequently, the company has applied for suspension of trading in its shares and closure of its register until the resolution of its future is determined.”

The Capital Markets Authority (CMA) has approved the suspension, which will see KQ shareholders unable to buy or sell their shares during the period.

The suspension sets in immediately and will remain in force up to October 3 and comes at a time KQ share has been witnessing a rally, defying the generally bearish bourse since Covid-19 struck in mid-March.

KQ share has gained by 173.57 percent in the last three months – the highest on the bourse – to close Thursday trading at Sh3.83.

The return of KQ to the NSE now lies in the hands of Parliament given that the passage of the National Aviation Management Bill 2020 will see government take back full control of the national carrier by October and delist it.

The loss-making airline, which is 48.9 percent government-owned and 7.8 percent held by Air France-KLM, was privatised 24 years ago but sank into debt and losses in 2014.

Air-France KLM, which had the option of selling its stake to the government and staying on as a technical partner for the airline, has opted to exit.

The national carrier has been operating only cargo flights for essentials such as medicine since Covid-19 but is now hoping for gradual resumption of passenger flights.