MY STORY: I faced a monster that had no name 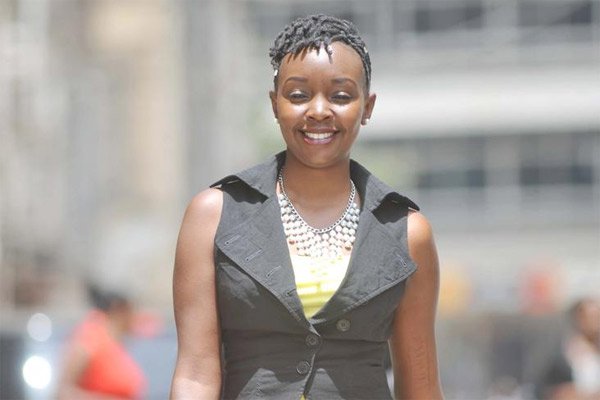 Njeri Macharia, 27, had it all, a good job in a bank and a love life that was looking up, but she had a condition that she knew nothing about until it exploded. PHOTO| CHRIS OMOLLO

MY STORY: I faced a monster that had no name

The year was 2013. I was working in customer service in a bank. I was vibrant and bubbly, a favourite with the clients. But that was what the world saw. I had mastered the art of concealing the war within. At night, when I was alone with my thoughts, I was in a turmoil which even I did not even understand.

At school, I had been a bright student and when I embarked on my career journey, I had a great job. Still, something was wrong. I could go for days without leaving the house, showering or even eating. When I did come out though, I acted as if everything was okay. I thought I was just introverted.

Then, one fateful day in February 2014, I had a psychotic break. It came with bouts of rage which were directed at my then boyfriend who I lived with. Unable to control me, he took off after making sure that I had no access to knives or money so that I could not hurt myself. That did not stop me though. Tired of trying to figure out what was going on within, I ingested bleach, the harsh washing liquid and even skin lotion — anything I could lay my hands on which I thought could harm me. I went on like this until the day I decided to seek medical help.

Three days after my pyschotic break, I was diagnosed with bipolar one, a mental illness which is characterized by out of control mood swings — from debilitating depression to elevated moods. As a result, I was hospitalised for two weeks. My boyfriend left me at the hospital. I guess it was all too much for him.

I FINALLY HAD A NAME

Finally, after years of worrying that something was wrong with me, I had a name to explain the extreme emotions I was battling. I was told that there was no cure for it. Then it dawned on me that I had to walk this journey alone. My boyfriend, who had been my support system at the time, was not around anymore. Happily for me, I was told that there was a silver lining – my condition could be managed.

To start my therapy process, I was admitted in a rehabilitation facility for another two weeks. Here, I made friends with drug addicts. As soon as I was discharged, I reconnected with them and started smoking bhang before graduating to heroin. In retrospect, I think I was still struggling with accepting my diagnosis.

Just like before, I became really good at hiding what was happening underneath my smile. In my free time, I drank heavily and abused drugs. I became good at lying to my therapist. I would tell him exactly what he needed to hear to stay off my back. At a glance, I was doing alright.  This went on for a year. In hindsight, I wish someone had seen me. I wish someone had understood that just because something is not bleeding, doesn’t mean it does not hurt. If I had had someone to take a closer look, maybe I would have been able to turn things around earlier.

At the beginning of 2016, two years after my diagnosis, a switch flipped in my head. I looked around me, looked at the people that I was spending my time with and decided that I wanted to turn my life around.

The first thing I did was quit my job. I wasn’t happy doing it. Then I started reading as much as I could on mental illness. Then I started sharing my experience with mental illness through social media. It was then that I started receiving lots of inbox messages from people who were also battling mental illnesses. I knew I was not alone and this prompted me to come out of my shell. I have found that it is much easier dealing with my illness when I can reach out to people who have walked in my shoes.

It has been a year since I went off my medication. There are still days when I sink to untold lows but these are now fewer and far between. Now that I am more aware of what is going on in my brain, I can control the waves of emotion. I make sure I exercise, eat well and get adequate sleep.

My dating experiences have not been so good. After the experience I had around the time I got diagnosed, I try to be open as soon as I can when I meet a new person. However, my openness always makes them flee at the first sign of an episode. I am beginning to think that a bipolar episode sounds better than it looks.

I think it is much harder for a person with bipolar to find love. I have not found it but I am optimistic. I am at peace with where I am.

MY STORY: I faced a monster that had no name Reviewed by samrack on February 27, 2017 .

Njeri Macharia, 27, had it all, a good job in a bank and a love life that was looking up, but she had a condition that she knew nothing about until it exploded. PHOTO| CHRIS OMOLLO  MY STORY: I faced a monster that had no name The year was 2013. I was working in customer